When it comes to invasive species, New York is a hotbed. Because of the state’s prominent role in global trade and travel, there is a constant influx of stowaway organisms arriving aboard ships and airplanes. These days, most new invasive species are introduced accidentally, but before awareness of their potentially destructive abilities were known, many were introduced intentionally. Today at the Vassar Farm and Ecological Preserve, we can see the legacy of over a hundred years of unmitigated invasion from non-native species. Some species have made positive contributions to our habitats; burning bush, for instance, is one of the most palatable species to deer, and takes some of the browsing pressure off of our native shrubs and saplings. However, the most consistent impact of invasive species has been a lowering in the diversity and abundance of native flora or fauna where they are present.

Take a look at the forest floor and it is likely that you will see bittersweet seedlings lying in wait. They are waiting for extra sunlight to filter down to their shady ground floor dwellings. When an old tree comes down, and a pocket of light opens up in the canopy, they spring into action. Now, with heightened photosynthetic rates, they grow rapidly, up to 12 feet per year. They springboard off of other vines and understory shrubs onto tree trunks, which they scale into the canopy. Over many years the woody vines thicken, eventually reaching up to 7 inches in diameter. While up until this point the vines have already smothered many other understory plants, this is where the real damage begins. The thick vines either girdle the trunks or weigh them down, eventually toppling them in storms. This in turn, leads to more light gaps which encourages the growth of more bittersweet seedlings, creating a positive feedback cycle that poses one of the greatest threats to the forests at the Preserve. To learn more about the research we have undertaken to combat this problem, click here. 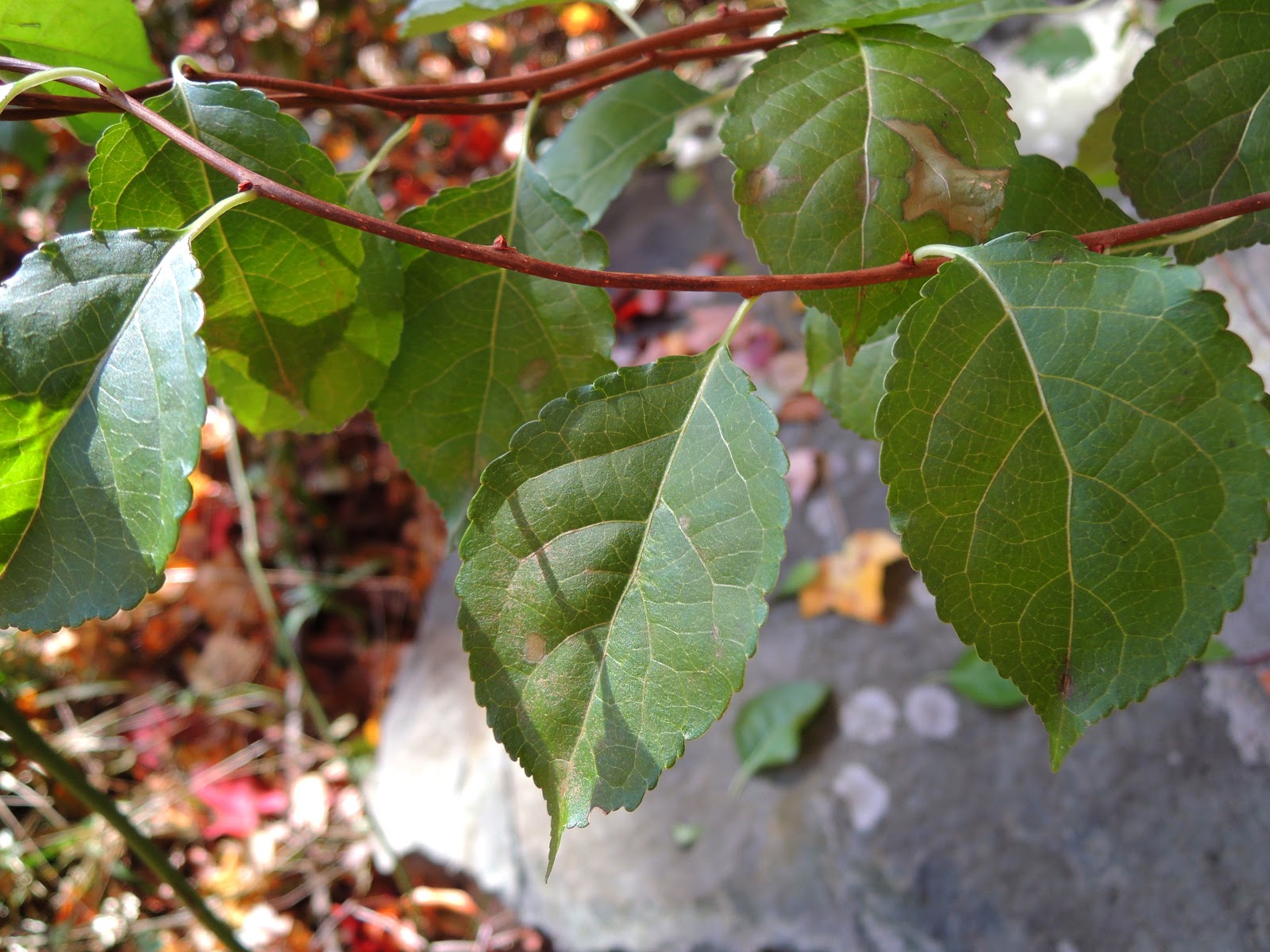 It is hard to overstate the destructive ability of porcelain berry. The US Forest Service's Eastern Region, classifies porcelain berry as a Category 1 invasive species. This categorization is for "nonnative, highly invasive plants which invade natural habitats and replace native species.” Once growing amongst other forms of vegetation, it creates thick blankets that outcompete plants beneath them for light, water, nutrients, space, and pollination potential. In addition to spreading out it also scales trees up to twenty five feet tall and is capable of growing fifteen to twenty feet in a single growing season. The weight of the vine rarely topples shrubs and trees on its own, but it does make them more susceptible to stressors such as wind, snow, and ice. There is reason to believe that the thick, dense walls created on forest edges by porcelain berry and other invasive vines have had ecological impacts beyond the vegetation they suppress. Vines like porcelain berry seal the forest edge off, making it much more impenetrable. As a result, abiotic elements of the ecosystem such as precipitation and wind do not reach trees within the forest and raptors might be less likely to hunt in these areas.

Multiflora rose possesses one of the most diabolical reproductive strategies: when the tips of its long arching stems, called canes, touch the ground, they resprout into another cane, allowing them to colonize large areas in a single season with speed and efficiency. Yet this is just one of their many strategies for domination. Their stems are also filled with chlorophyll, allowing them to begin photosynthesizing before most other plants. The rose hips are prized by many birds, which disperse the roughly 500,000 seeds a single plant produces every year. And if that isn’t enough of an arsenal, its massive, hooked thorns deter browsing from most herbivores. For all of these reasons, multiflora rose is one of the most prolific shrubs in the Northeast United States. 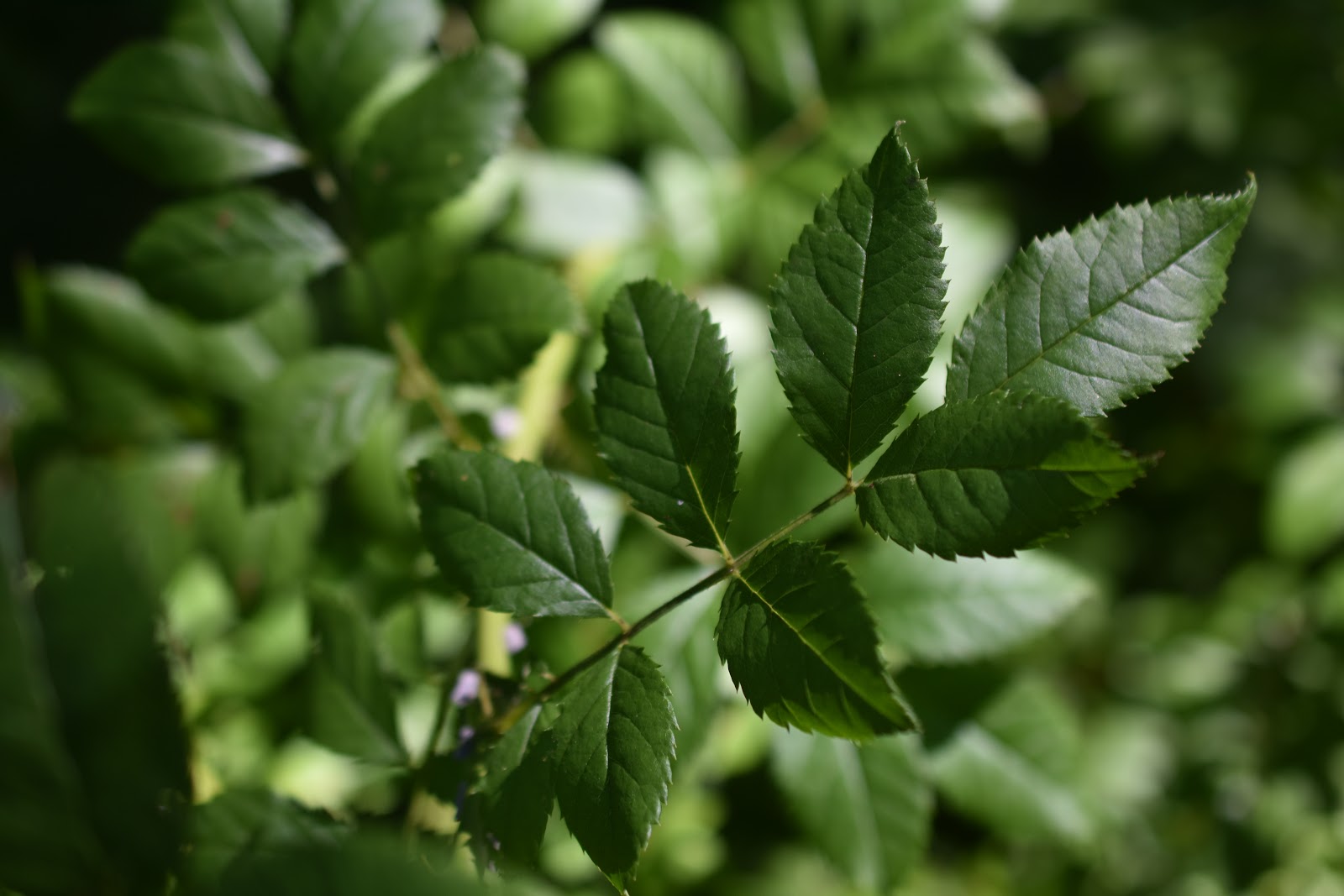 From China and Japan, introduced in late 1800’s for landscaping.

Barberry’s clusters of small leaves arranged along erect, arching stems, along with its bright colored fruits and flowers throughout the year make it an appealing addition to a garden. Unfortunately though, barberry’s inconspicuous but painful thorns keep away native predators like deer, and its high fruit yield and effective seed distribution have allowed it to proliferate out of control across the northeast. However there is more to worry about than just its pricking thorns. Because of its umbrella-like shape and the density of its stems, barberry retains a higher level of humidity within its branches than the air outside, creating an ideal environment for ticks, who require moisture to prevent desiccation, and for mice, who hide from predators within the thorny walls. Because mice are vectors for ticks, barberry both directly and indirectly increases the abundance of ticks and lyme disease, making it an insidious addition to the Preserve’s plant community. 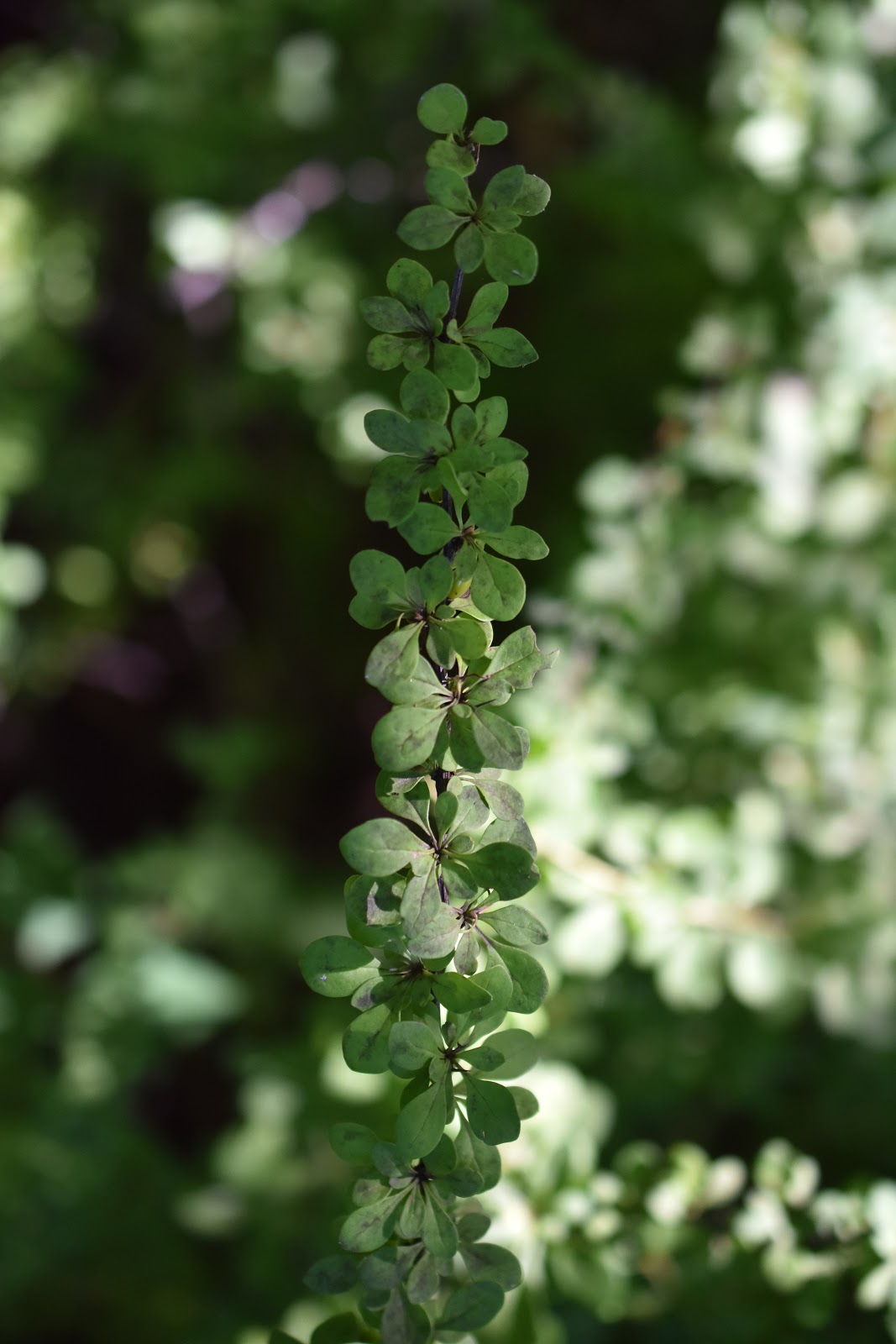 From China and India, introduced in 1800’s for landscaping.

Honeysuckle species are planted in North America as ornamental bushes because of their bright fruits and flowers, but spread easily to uncultivated forests and fields because of their effective seed distribution through both birds and mammals. Honeysuckles tend to grow their leaves earlier in the season than most other trees and shrubs with which they compete, and therefore have an advantage in the understories of forests. They shade out native tree saplings and shrubs and reduce the richness of soil. Even worse, the shade and resulting rise in humidity creates a more habitable environment for moisture-loving ticks, and therefore increases the prevalence and risk of lyme disease in areas where honeysuckle has become dominant. 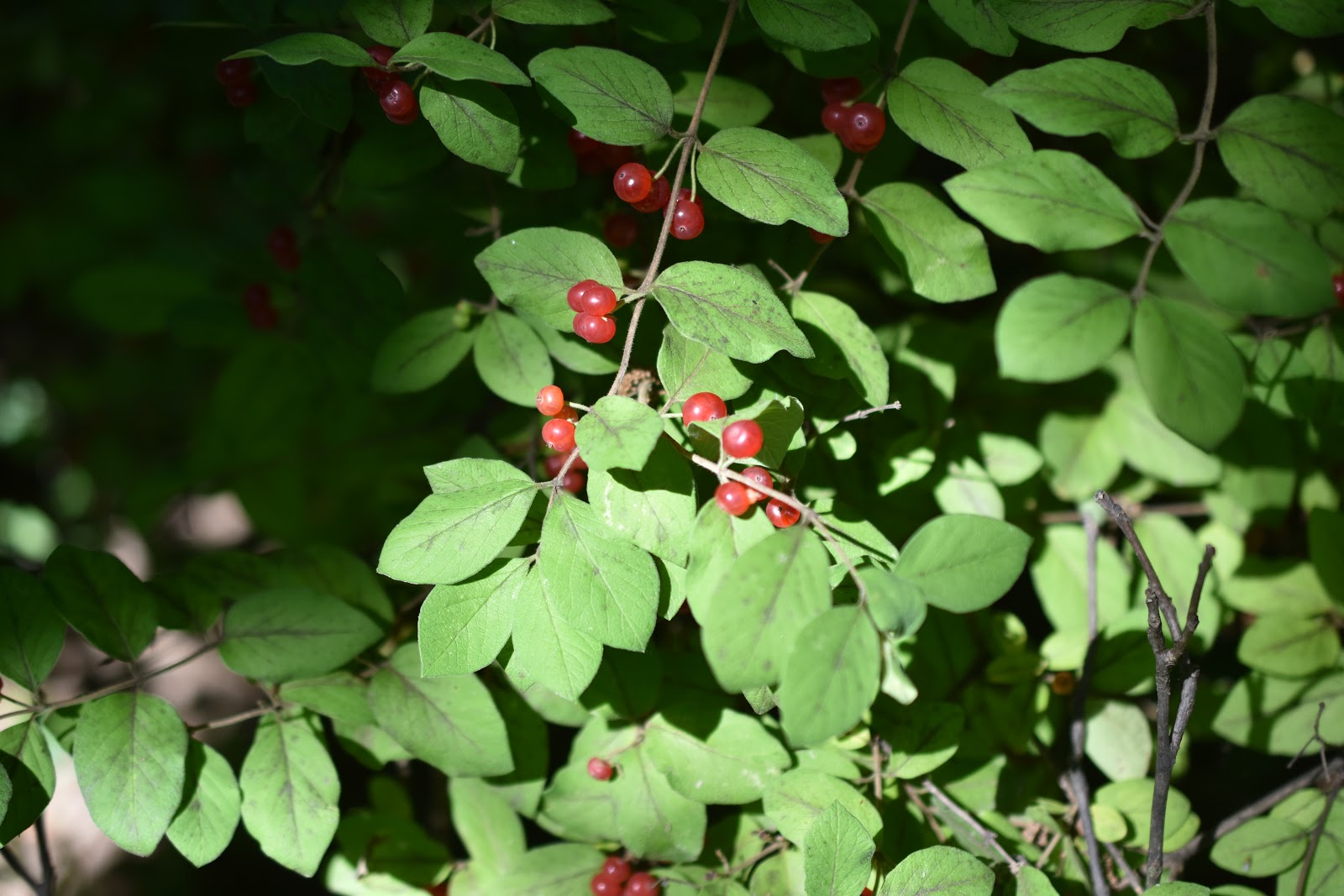 Native to Asia, Emerald Ash Borer (EAB) likely made its way to the United States on shipping cargo and has since spread to 33 states. While adult EAB feed on leaves and do not cause significant damage to trees, EAB larvae feast on the tree’s phloem, cutting off nutrient supply and slowly killing the tree. At the Vassar Farm and Ecological Preserve, ash management is largely focused on controlling damage. This includes identifying areas with many ash trees that could be killed and acting quickly to ensure invasive species do not take their place. EAB is expected to kill all ash trees at the preserve within a decade. Read more about our EAB management here.

Many consider earthworms to be good for the soil, however much of the flora native to North America actually evolved without them. These worms consume the layer of organic matter on top of the soil and reducing its availability to plants. Since many of our native plants actually rely on decaying organic matter and struggle to survive without it, these species have more difficulty surviving in areas with a lot of worms. This threatens biodiversity and could give invasive species a competitive edge. There is relatively little that can be done to address this well established problem at the Preserve. 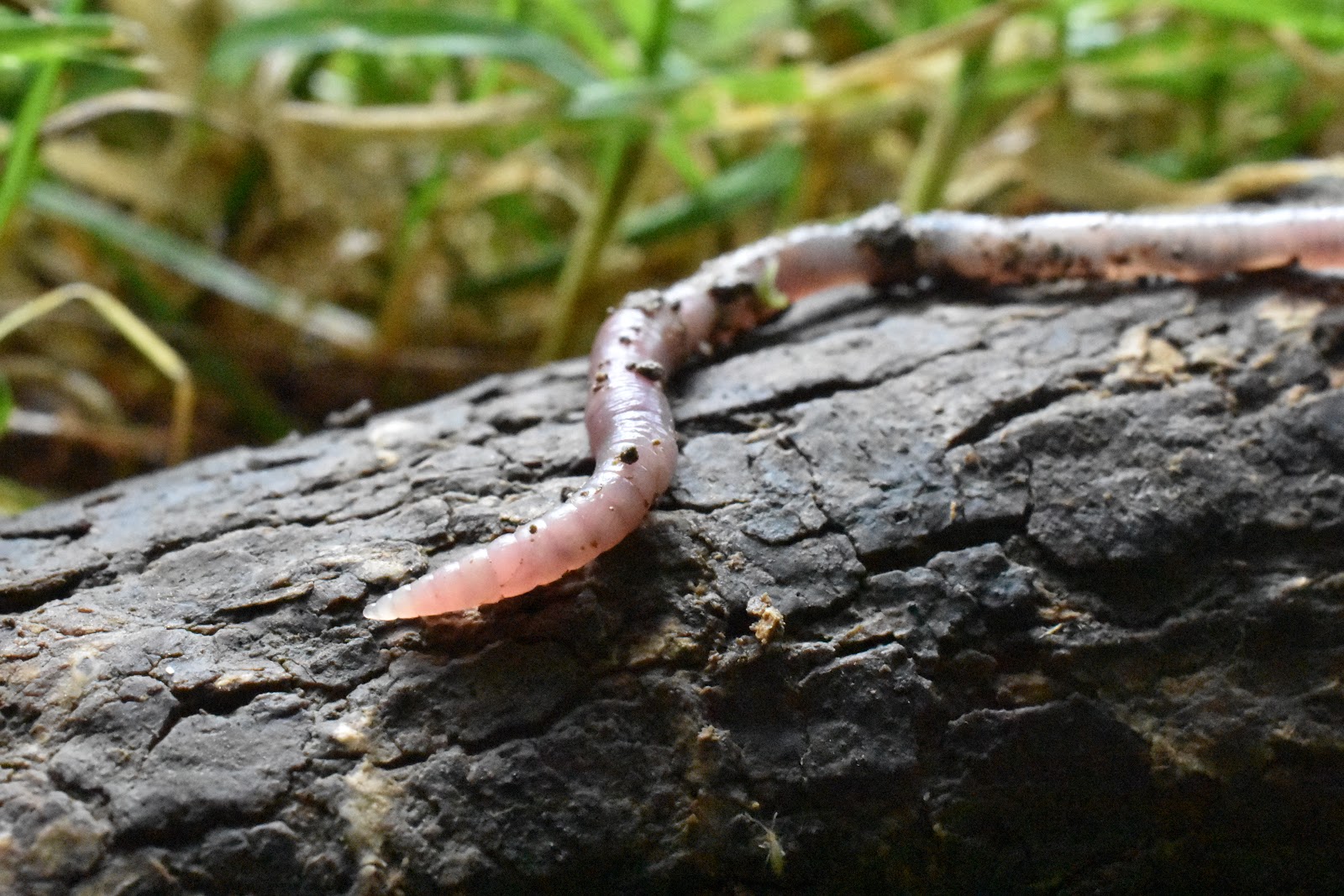 Native to Europe and Asia, the house sparrow has become well established in many parts of the world, including across North America. These birds seldom live far from human development, and at the Preserve are essentially absent outside of the Poughkeepsie Farm Project and Rugby field. These birds, however, are aggressive and have been known to attack up to 70 other bird species in defense of their nests. They will also outcompete many native birds from nesting sites, including tree swallows and eastern bluebirds. 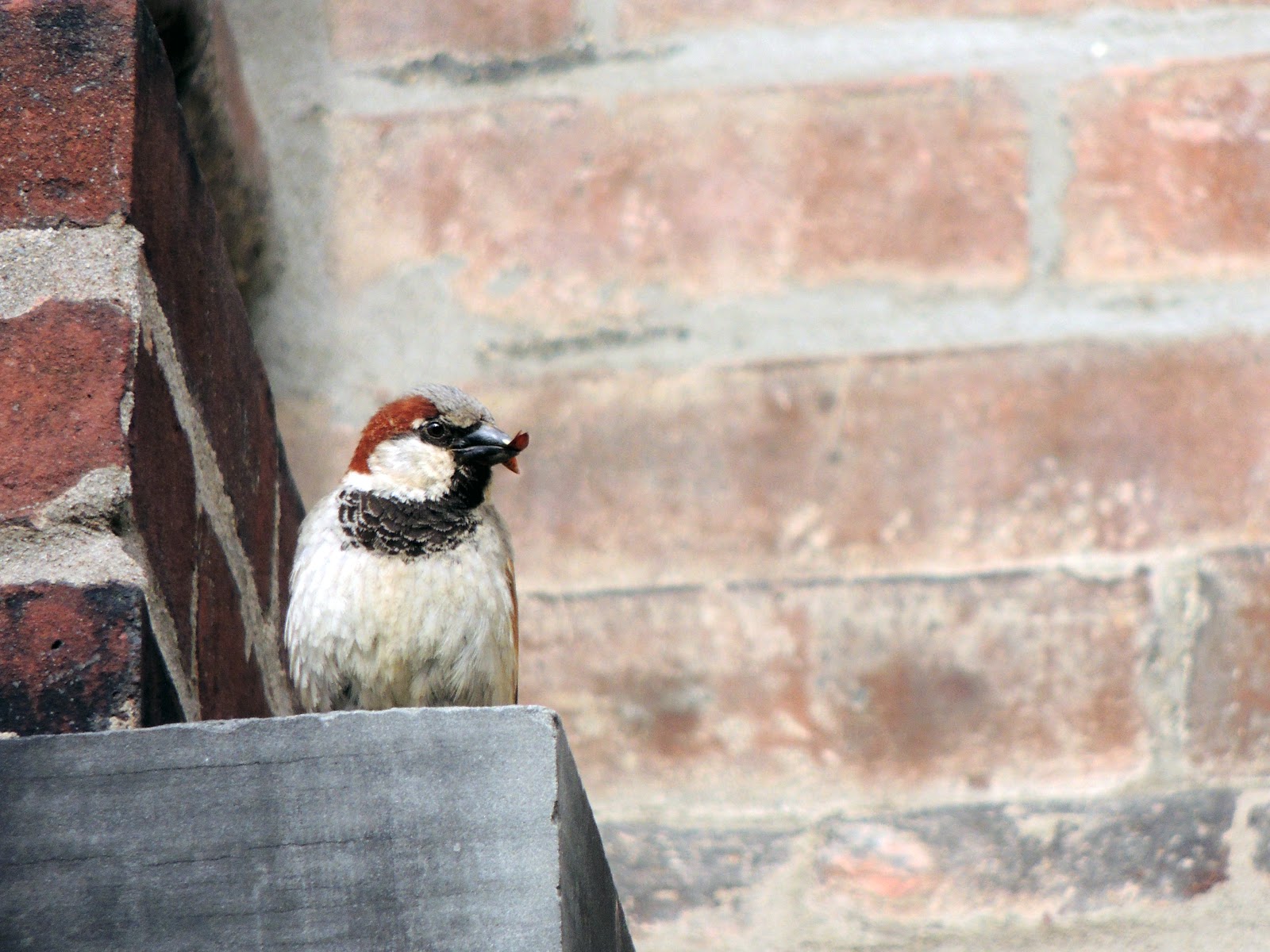 Introduced from Europe, European starlings are aggressive and have a bad reputation among birders because they outcompete native birds for nesting cavities, causing declines in many species. Starlings are found throughout the preserve in good numbers, and are often seen in large flocks, making them perhaps a greater threat to native birds than house sparrows. All of the European starlings in North America are nearly genetically identical, originating from a small group of about 100 birds released in Central Park in the 1890s. The intent was to bring all birds that Shakespeare mentioned into Central Park. Surprisingly, this genetic homogeneity does not seem to pose a problem to the species. 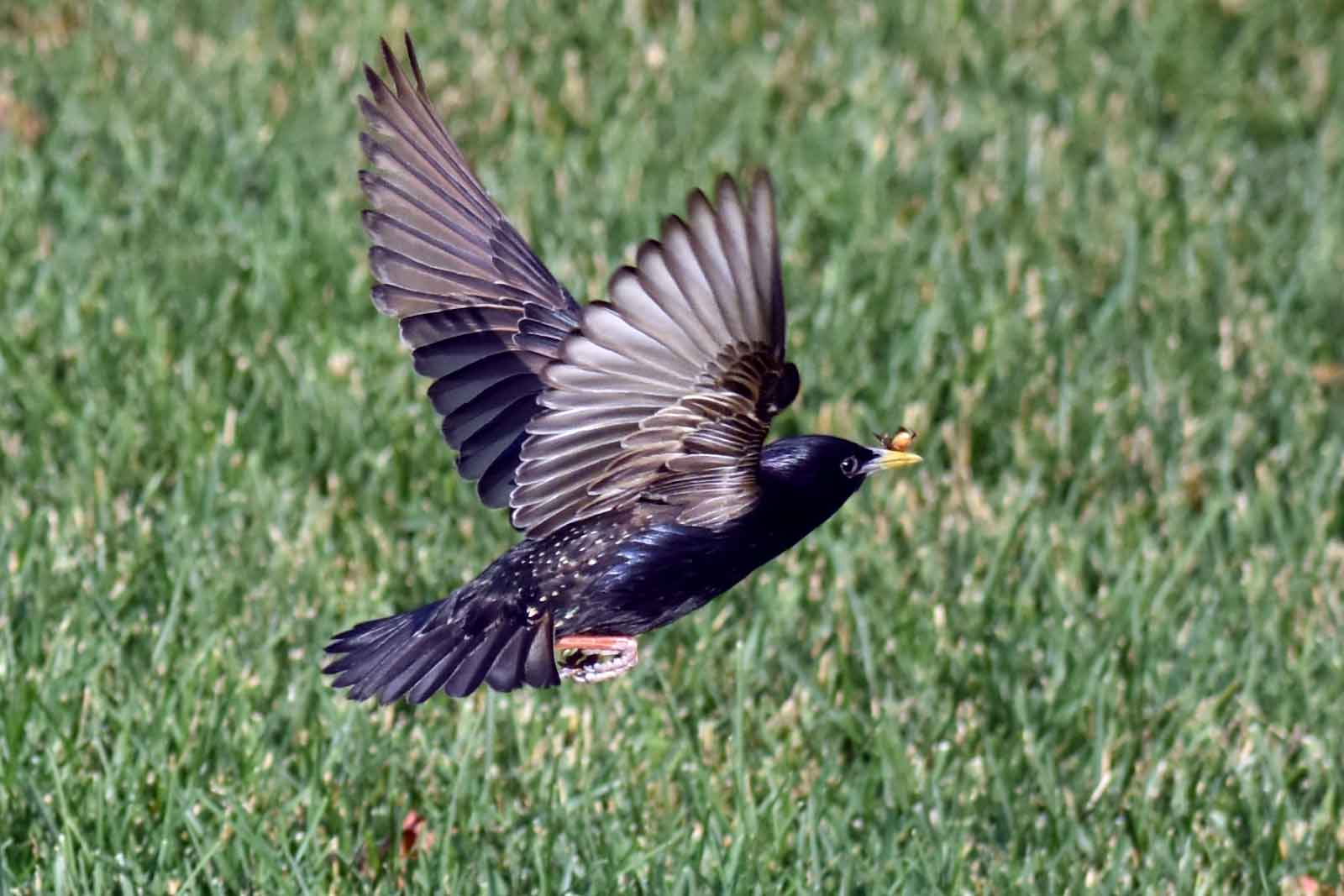 Considered by some to be a ‘native invader,’ Canada geese are native species but have altered their behavior as a result of human development, and are now considered by some to be invasive. Like many other waterfowl, Canada geese conventionally bred in arctic areas and only migrated to the United States in winter. Now with the abundance of airports, lawns, and golf courses, habitats similar to the open, grass-dominated habitats of the tundra, many Canada Geese now often find no need to migrate and stay here year round. Their excessively high numbers pollute small bodies of water and displace native waterfowl. 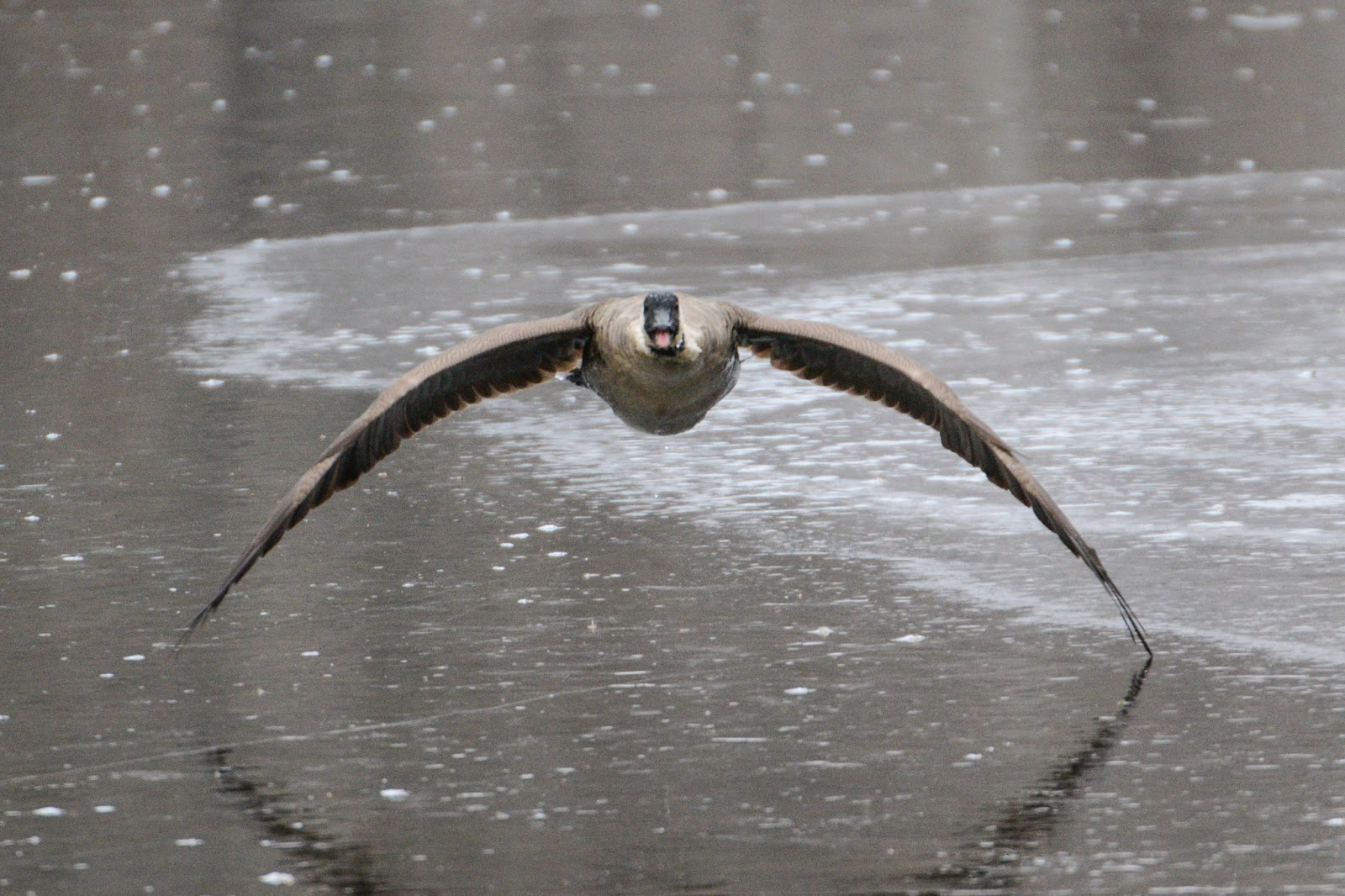