History of The Preserve at Vassar 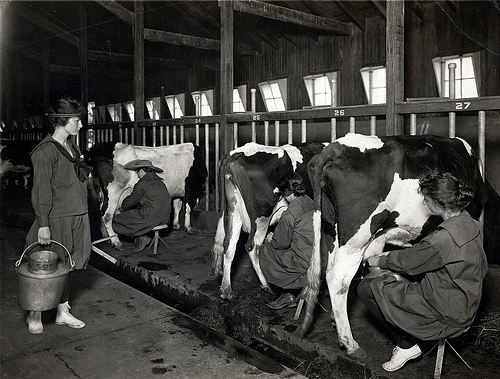 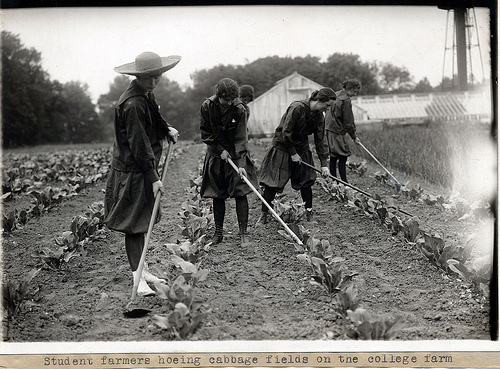 Since the purchase of 200 acres in 1895, the land on which the Preserve at Vassar sits has been used for many purposes and has continuously transformed to fit the needs of the community. In fact, it has more than doubled in size since its founding! Today, 525 acres are actively managed as a Preserve.

The first 200 acres were purchased from Vassar Brothers Hospital to solve a problem. Up until then, Vassar had been pumping its sewage into the Casperkill Creek but needed an alternative. Ellen Swallow Richards, a Vassar graduate of the class of 1870 and an expert in water chemistry and sanitation, suggested the creation of a settling field and filter beds to handle campus waste. This was considered an innovative approach to sewage disposal at the time, and nutrients from the system were said to dramatically increase corn yield. Remnants of the filter beds are still visible today in the northwest corner of the Preserve.

In 1911, Augustus and May Elton Davies deeded the southern 300 acres of the current Preserve to the college as a gift. These two large parcels were then consolidated and Vassar’s farming operation was relocated here. The farm included a model dairy and poultry farm, greenhouses, stables, storage barns and farmhouses. It produced vegetables for the college table, and grain and fodder for the cattle and poultry. The dairy supplied milk and cream for the college from a herd of Holstein cattle.

In World War I and again in World War II, extra help during the summer months was in short supply, so Vassar girls worked as farmhands. The first 12 girls who worked on the farm in the summer of 1917 as part of this patriotic experiment were called “Farmerettes.” They put in 45-hour weeks at 17 ½ cents an hour doing “every kind of work that the men tried, with the exception of cleaning the stables.” They chopped wood, milked cows, plowed fields, and hoed the rows. This was such a novel accomplishment that the Vassar Farm was invited to present a “live exhibit” at the Eastern States Exposition, a ten-state agricultural fair, and five girls were excused from class for ten days to demonstrate their farming skills at the fair.

Unfortunately, by the mid-1950s, the farm was no longer a cost-efficient means of providing food for the college, so the operation was shut down. For some time, the land was left largely unused in any official capacity, sometimes used for recreational purposes by faculty, students, and community members. In 1973, a group of faculty led by Margaret Wright of the Biology Department drafted a proposal for a center of ecological study on the Vassar Farm. In 1976, the college adopted a mixed-use plan that designated 275 acres as an ecological preserve for conservation and research. In 1978, the first field laboratory—a modified mobile home—was installed. Around this time, Exploring Science, a place-based environmental science school program providing students with in-classroom lessons and field trips to the Preserve, was founded. The beginnings of the modern trail system were established, many having since been named after Vassar alums and donors important to the Preserve.

In 1993, Vassar alumna Priscilla Bullitt Collins ‘42 donated funds to build a new field research station, which opened two years later and remains in use today. Classes in biology, biochemistry, geography, earth science, and environmental studies use the Preserve for observation and research, and professors and students have numerous independent research projects under way at any given time.

Locals also began to return to farming on the land with a series of small gardens. As these efforts grew, a member-supported organic farm, the Poughkeepsie Farm Project (PFP), began in 1999 with 70 members and three acres of farmland at the Preserve that were leased from Vassar. Since then, it has grown into a staple community resource. As of 2008, the PFP has ten acres under cultivation and grows vegetables for its members, a booth at the Poughkeepsie Farmers’ Market, and for local soup kitchens and shelters.

In a further attempt to engage the community in nature, The Environmental Cooperative at the Vassar Barns—a remodel of the very same barns used back during the time of the Farmerettes—was launched in 2015 with the generous support of the Leona M. and Harry B. Helmsley Charitable Trust. Its aim is to create and maintain natural areas to connect people with the outdoors and their community in order to foster a greater communal mindset of environmental stewardship. In line with this mission, the Cooperative now runs Exploring Science, having expanded the program to provide both in- and after-school experiences for local children.

With climate change posing increasing threats, the Preserve now looks to the future. In addition to being one of the few publicly-accessible large green spaces remaining in the Poughkeepsie area, the Preserve acts as a major carbon sink and plays a key role in Vassar’s goal to be carbon-neutral by 2030. In 2022, the Vassar Class of 1971 established a fundraising initiative to renovate the entrance to the Preserve, known as the Gateway to the Old Vassar Farm. The project has begun with a renaming of the Preserve, formally known as the Vassar Farm and Ecological Preserve, to better reflect the current uses of the space. Future plans include the restoration of meadows at the front of the Preserve, improved trails, signage and wayfinding, and the creation of a pavilion for educational and community use. The ultimate goal of the Gateway Project is to increase accessibility to and use of the Preserve to ensure that the college and local communities can continue to benefit from the land for years to come.

You can read more about our history at the Vassar Encyclopedia.