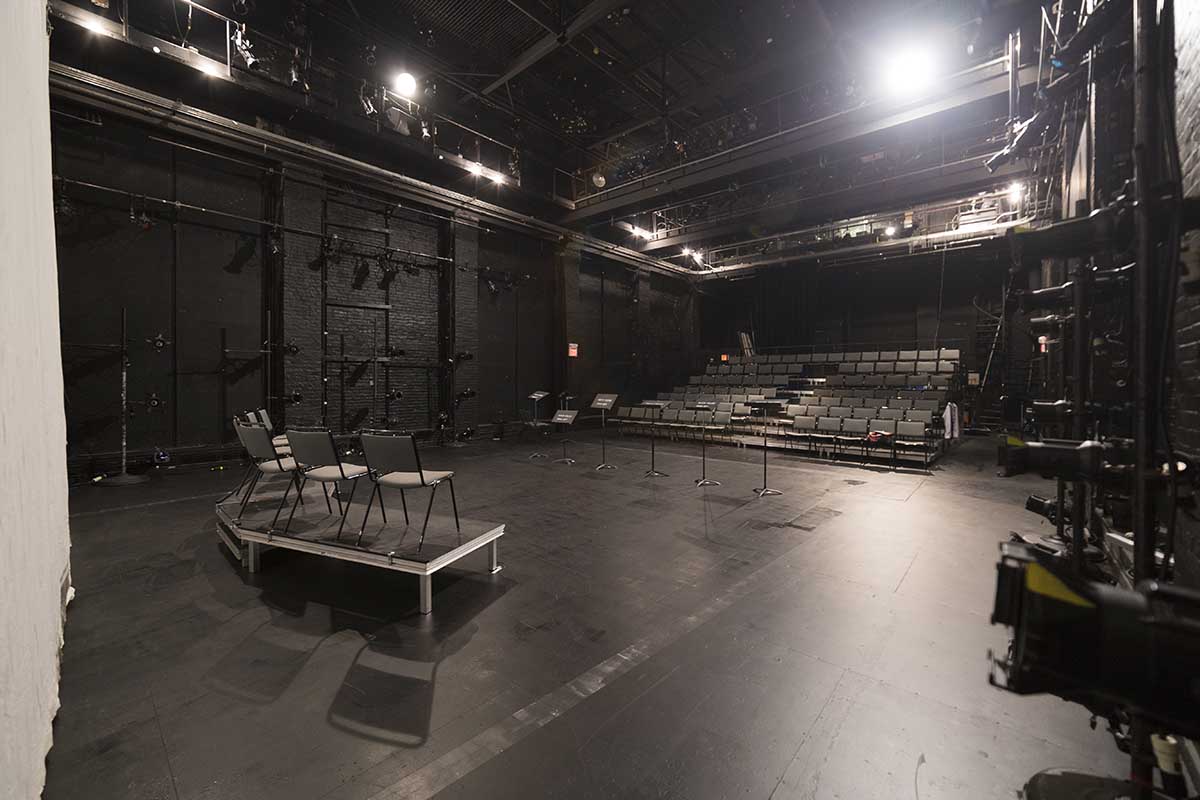 Across the quadrangle from the Vogelstein Center for Drama and Film lies the Hallie Flanagan Davis Powerhouse Theater. In 1973 the power house of the college’s old heating plant, which had not been used for its original purpose since 1955, was the first of several neighboring utility buildings to be adaptively re-used when it opened as the Powerhouse Theater. The building was transformed into the Powerhouse by Robertson Ward Jr., and today hosts many student productions, as well as the renowned Powerhouse Summer Theater program in its incredibly flexible black box performance space. A series of risers make it possible to arrange the seating in the space in dozens of configurations. With a limited trap, a flexible lighting grid, a fly system, and curtains that are able to encircle the space the room is a theatrical playground. This theater has hosted experimental productions of Greek tragedy, Shakespeare, Ibsen, and the work of contemporary playwrights like Tony Kushner and Charles Mee.