What do Religion Majors Do after Vassar? (Everything!) 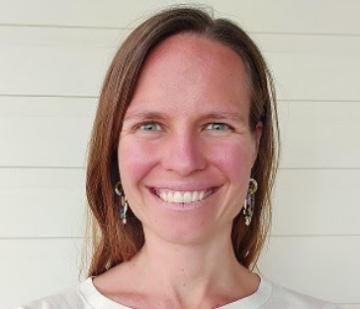 I really loved my time at Vassar and as a Religion Major, I always tell people that studying religion felt relevant to everything and everyone around the world as we are all influenced by religion... whether it’s historically, politically, personally, culturally or through art. It shapes the world around us. Religion felt like the most flexible way to pursue ‘global studies’ of sorts. One of my big focuses was the crossover between religion and art.

After Vassar I moved to Beijing in China to pursue work in art galleries, and of course religion, or lack thereof, is very relevant in both the art and national context. After 1 year I moved to Australia where I still live, and have been working here in not for profits in fundraising since 2013. Religion has been a useful tool to relate to the sometimes Catholic charities that I’ve worked for and for understanding the motivations and views of the diverse people I work with and support. Understanding culture and religion has been more of a personal interest for me, and still provides an interesting lense to see and interact with the world through. 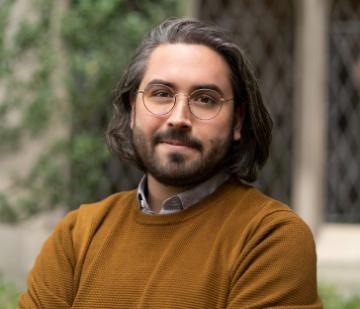 Right after graduating, I did the nonprofit thing for a bit. Everyone I worked with was so wowed by the fact that a religion major was able to manage the tech infrastructure for a women’s college in Rwanda from his Downtown Brooklyn apartment! But you can really work some serious computer “miracles” when you’re a millennial working among boomers. But as fun as that was, it got old fast, and after three years I decided to go to graduate school with the hope of one day becoming a college professor. I got my MA in religion from Columbia in 2019, and I’m now in the third year of my PhD, still at Columbia! And my Vassar mentor, Professor White, is on my dissertation committee! So in that sense, Vassar religion is still actively impacting my life! I consider myself very fortunate to have spent such formative time in the Vassar religion department, and I certainly would not be where I am today without the encouragement and guidance of the Vassar faculty. 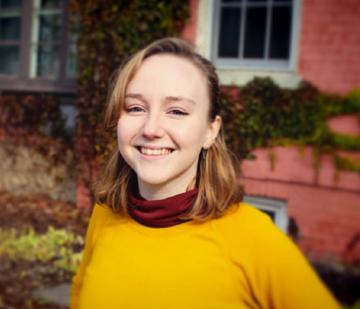 It’s hard for me to believe that it has now been a decade since I declared my Religious Studies major. Today, I am a writer and editor for an online learning organization called Nomadic Learning. I live about an hour north of Poughkeepsie in the Hudson Valley with my husband (Luke Gehorsam ’14) and our dog, and we're expecting our first child any day now. While I didn't go on to formally pursue religious studies, I have found that my academic experiences in undergrad come up again and again in my professional life.

A lot of my work focuses on teaching corporate clients how to actually live up to their mission statements, global corporate responsibility policies, and stated values. (Many still have a long way to go.) The ethical frameworks and criticism I studied at Vassar come up again and again. If you've ever suspected you might not need those theory texts again, I can tell you that has not been my experience! I still turn back to the same copies of Weber, Arendt, and Agamben that I bought in the bookstore many years ago, and the dialogues I shared with my peers and professors (particularly Michael Walsh and Marc Epstein!) shape the way I think to this day. 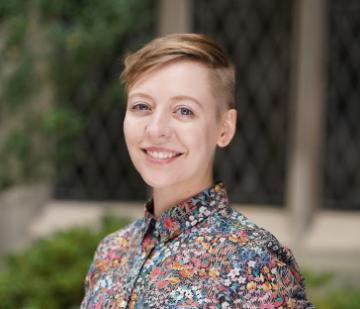 I loved the Religion major at Vassar and I’ve actually continued on with Religious Studies, completing an M.A. in Religion and Gender Studies at Yale Divinity School, and pursuing a PhD at Columbia University. I just finished a year of teaching as visiting faculty at Carleton College in Minnesota, where I taught courses on Queer Religion, American Apocalypticism, Christianity and Capitalism, and Sexual Revolutions in Christian History. I am currently back in Brooklyn finishing off my dissertation on the evangelical anti-human trafficking movement, and planning to graduate early next year. 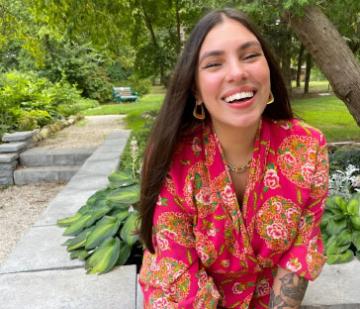 After graduating Vassar in 2013 I went on to Princeton to get my PhD in Religion with a focus on Religion in the Americas. I graduated in 2018 and since then I have been Assistant Professor of Religion at Kalamazoo College, a small liberal arts school in Michigan. I always knew I wanted to be a liberal arts school professor because of the experiences I had in my classes at Vassar. The professors in Vassar’s religion department were gracious, kind, and challenging—they valued student voices and fostered a learning environment where we could engage with difference, where we had to engage with difficult material, and where learning went both ways. I try to model that every day in my classes at K. In December 2020 I published my first book, Lifeblood of the Parish: Men and Catholic Devotion in Williamsburg, Brooklyn with NYU Press. What’s so cool about my book is that it really started as my thesis at Vassar. The religion faculty helped me discover that I had important contributions to the field and helped me really see myself as a scholar, not just a student. I’m now working on a new project on the material and sensory history of the rosary, continuing an interest in religion and material culture that was first sparked in my classes with Prof. Epstein. I’m so grateful to the department, it is full of amazing teachers and mentors. I obviously loved studying religion so much I made it my whole life! 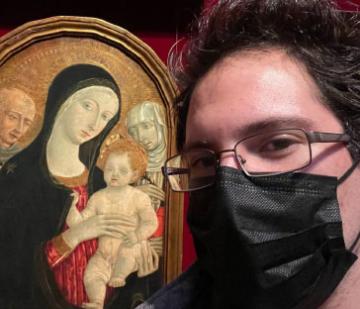 I think the answer for “Why Religious Studies?” that most professors give you is the correct answer at the end of the day. The Religion major gave me a toolset that I’ve utilized out in the world that has made my life better. Only, I think calling it a toolset is a bit too commodifying—I think I would use the term “disposition” instead. I feel very confident in saying that most of my (hopefully) sunny disposition post-Vassar can trace its origins back to the Religion Department. When I think about the times and experiences post-Vassar that have felt the most fulfilling, I can almost always trace some part of it back to the Religion Department, and how the education I received there made at least a part of me into the person that I am today. I would be significantly different (and I would say worse) if I didn’t have the education that the Religion Department provided me with. I think this is so just because the department is so focused on the lived experience itself. If I can sum it up, I would say that the department helped me to find the values I cherish in the world. And in times like these, and a life like my own, a personal set of values can make life appear much more legible, endurable, and enjoyable.