Vassar to Rename Cultural Center Building in Honor of the Pioneering Architect and Former Faculty Member Behind its Design, Professor Jeh Vincent Johnson

“Throughout his nearly four decades at Vassar, Professor Johnson had enormous impact on our campus, the field of architecture, and even national policy,” Bradley said. “He loved Vassar deeply, and with the renaming of the building as the Jeh Vincent Johnson ALANA Cultural Center, we can demonstrate how deeply Vassar loved him in return.”

Alumnae Paula Madison ’74, Lucey Bowen ’68, and Karen Clopton ’80 have collectively pledged a $125,000, one-to-one matching gift to fund updates and enhancements over the next year, including a newly envisioned entrance, new furniture, and other improvements. A naming ceremony will follow completion of the work in fall 2022.

The Jeh Vincent Johnson ALANA Cultural Center, which opened in 1993, was one of several buildings on campus that Johnson designed, and will be the first building on Vassar’s campus named for an African American, President Bradley noted. 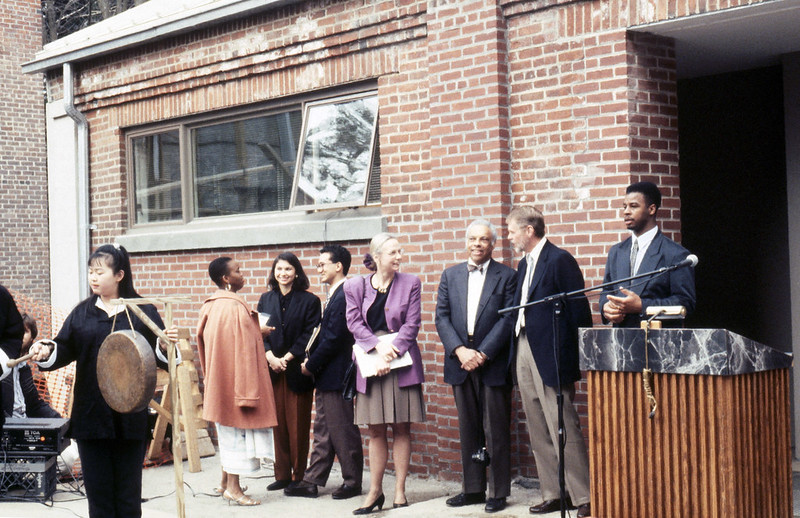 “There was unanimous support for this initiative from members of the Board of Trustees, who felt that Professor Johnson’s contributions to the creation and building of the Center and his very presence were foundational to the College’s effort to create a more welcoming space for people of color on campus,” said Board Chair Anthony Friscia ’78.

The Jeh Vincent Johnson ALANA Cultural Center is one stop on a tour of historic buildings that is part of Buildings and Belonging: Mapping the African American Experience at Vassar College since 1861, a project that recognizes the contributions of African Americans at Vassar throughout the College’s history with building markers.

Clopton, who envisioned the Buildings and Belonging project said, “Professor Johnson was inspirational, gracious, and most generous with his time, knowledge, and wisdom.”

Johnson was born in Nashville, TN in 1931 and came north to attend Columbia University, graduating from both Columbia College and the university’s School of Architecture as class valedictorian. In 1963, he moved to Dutchess County to start an architectural firm with a Columbia classmate and began his part-time teaching position at Vassar shortly thereafter. His father, Charles S. Johnson, was President of Fisk University, and his son, Jeh Charles Johnson, was Secretary of Homeland Security Under President Obama from 2013 to 2017.

In 1967, President Lyndon Johnson appointed him to serve on the National Commission on Urban Problems. He chaired the National Committee on Housing for the American Institute of Architects (AIA) and was awarded a special citation from the AIA’s New York chapter for his advocacy of equal opportunity in the field, his pioneering work on housing issues, and his commitment to maintaining the cultural integrity and social responsibility of the profession of architecture.

For information about the Jeh Vincent Johnson ALANA Cultural Center Matching Gift Challenge, contact Tim Kane at tkane@vassar.edu; and for more on the Center’s renaming, visit the Vassar website to read the full story.