When Avery Bauman ’23 joined the Vassar field hockey team three years ago, she and her teammates took part in a 27-hour fund-raising campaign for Vassar athletics. The event was one of three Brewers Fund Challenges that, over time, have yielded a total of more than $800,000 for the College’s athletic teams, training facilities, and support staff.

This year, as President of Vassar’s Student Athlete Advisory Council (SAAC), Bauman will have a prominent role in working with the Department of Athletics and Physical Education and the Office of Advancement in launching the latest Brewers Fund event, Vassar Athletics Day of Giving, which kicks off at 9:00 a.m. October 6. “Our entire SAAC board is getting ready to work with our team representatives to unite in this effort,” she said.

Bauman said she and her fellow student-athletes are determined to make this year’s challenge a success because they’ve seen the benefits of the donations raised in previous challenges. “When I first joined the field hockey team, we were able to fund new team-building activities and equipment because of the money raised through the Brewers Fund,” she said.

Bauman emphasized that the support student-athletes receive through the Brewers Fund Challenge goes beyond the money itself. “It serves as a reminder that our alumni, parents, and other donors are supporting our success as a team,” she said. “The relationships I’ve formed through this event will be valuable to me long after I graduate.”

Vassar Baseball Coach Matthew Righter said Brewers Fund donations enable the team to make its annual Spring Break trip to Florida, something he says is vital to the team’s success. “The Brewers Fund gives us the opportunity to go south—end of story,” Righter said. “It is an endeavor that the Department of Athletics contributes to, but we would not be able to play those 8 or 10 games in Florida without those funds. And when you’re a school in the Northeast, it’s a big deal to be able to tell your recruits about those trips to Florida.”

Righter said the Spring Break trip is also invaluable to him as a team-building experience, and helps prepare the team for the rest of the season. And money from the Brewers Fund has also enabled the baseball team to purchase several pieces of high-tech equipment, including a HitTrax, a simulator for indoor batting practice that tracks how far balls would travel outdoors. “The HitTrax and other pieces of equipment we’ve purchased have really benefited our training,” Righter said.

In addition to funding for individual sport programs, a number of areas within the Department of Athletics and Physical Education has and will continue to benefit from the Brewers Fund. The Vassar RISE program, Vassar’s student-athlete development programming, is fully funded by donations to the Brewers Fund.  RISE provides education, support, and opportunities for personal and athletic development while empowering student-athletes in their continued growth.

Alice Read, Assistant Director of Athletics for Sports Performance, said since the fund-raising event was first launched, tens of thousands of dollars have also been allocated to the College’s training facilities and staff. “When I first came to Vassar in 2017, our training facilities had good bare bones,” Read said, “but the Brewers Fund enabled us to start upgrading right away and designate the donations for equipment that really allows our student-athletes to train at the next level.”

One new piece of equipment purchased with money from the Brewers Fund enables those in weight-training sessions to measure the speed of their movements. “This is important for sports that require short bursts of explosive movement, like baseball,” Read said.

The Brewers Fund has also enabled the Athletics Department to add a second full-time coach to the Strength and Conditioning program. “Having an assistant coach adds another set of eyes and ears to guide our program, and we can serve more student-athletes at each training session,” Read said. 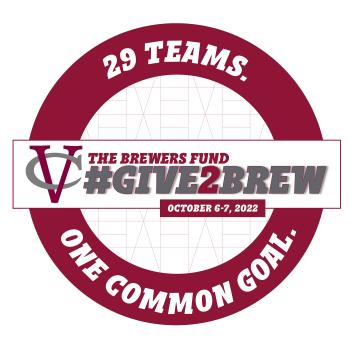 Michelle Walsh, Director of Athletics and Physical Education, said the Brewers Fund initiatives had enhanced Vassar’s intercollegiate athletics programs in numerous ways. “Since we launched the Brewers Fund in 2016, we’ve been able to significantly enhance the support we offer our student-athletes, which has in turn resulted in more competitive success for our programs, as well as a more robust and well-rounded student-athlete experience,” Walsh said. “The Day of Giving has been especially important in these efforts and has generated both financial support as well as a sense of excitement and connection among our current student-athletes, their families, and our dedicated alumni. We’re excited to bring this event back in October in support of our student-athletes!”