Latin GRAMMY winner Flor de Toloache makes New York City history as its first and only all­­-women mariachi group. Founded in 2008, Flor de Toloache is led by singers Mireya I. Ramos and Shae Fiol. Flor de Toloache’s members hail from diverse cultural backgrounds such as Mexico, Puerto Rico, Dominican Republic, Cuba, Australia, Colombia, Germany, Italy, and the United States. This defines their unique flavor and sound. The result of this cultural bouquet is an edgy, versatile, and fresh take on traditional Mexican music. They coalesce as would a band of sisters, with a grace and vibrant beauty that casts a spell over their audiences not unlike the legendary Toloache flower still being used in Mexico as a love potion. While working to preserve centuries-old traditions of Mariachi, their mélange of the traditional and the modern pushes the boundaries of the genre and brings Mariachi music to new audiences.

This concert is free and open to the public. 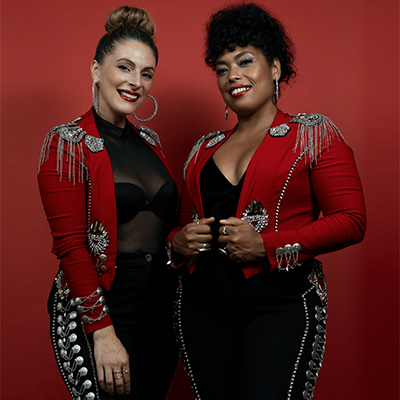