Leguizamo is married to Justine Maurer, a member of Vassar’s Class of 1990, and the couple has two children, a daughter, Allegra, and a son, Lucas, who is a member of the Class of 2023. Leguizamo said he has visited the campus on many occasions, including a day-long event talking to students about his craft.  “Lucas loves being a student at Vassar, and Justine has such a great love for Vassar, and many of her close friends are her Vassar friends, so it’s really special that I’ll be speaking at Commencement,” he said. “I want to be funny, obviously, and I want to give the graduates something to make them feel good about themselves.”

President Bradley said she was looking forward to hearing Leguizamo’s address. “John Leguizamo’s career defies description,” she said. “The breadth of his achievements in so many aspects of the entertainment industry is truly remarkable.”

Leguizamo’s family immigrated from Colombia when he was four years old and settled in the Jackson Heights neighborhood in Queens. “What I remember about those early days was that it was cold and dirty,” he said. “Jackson Heights was predominantly white when we got there. White flight was happening, but before they left, they beat me up.”

Leguizamo said he learned to use humor as a defense mechanism, and his behavior was often a disruption in the classroom—but some advice from a high school math teacher sparked his career. “I was a troublemaker, and she told me to find a way to put my antics to better use,” he recalled.

He got a job at a Kentucky Fried Chicken restaurant to pay for acting lessons and found early success. “I wrote a scene about a troubled young immigrant kid in therapy, and I crushed it,” he said. “NYU students began asking me to act in their student plays. At 17, I had that Aha! moment.”

Soon, Leguizamo was doing standup comedy in clubs in Greenwich Village alongside other young comics such as Robin Williams.  “It wasn’t the commercial stuff you saw at places like Catch a Rising Star,” he said, “It was edgy, avant-garde, political stuff.”

Leguizamo said he learned to hone his craft as a writer out of necessity because Latinx actors weren’t in great demand at the time. “So I started to write, and I found out there was a huge demand for stories with Latin themes,” he said. “And as I kept writing the offers kept coming.”

One of those offers was a part as a gangster in the critically acclaimed 1993 action film Carlito’s Way, where he played opposite Al Pacino—and where he met Maurer, who was working in the film’s costume department. His latest film project is a leading role in Violent Night, a dark thriller still in production.

Leguizamo’s versatility is reflected in the awards he has won for his writing as well as for his acting.  In 1991, he wrote and performed in the Off-Broadway production Mambo Mouth, earning him an Obie Award. In 1993, he wrote and performed in Spic-O-Rama, in which he made fun of the entertainment industry’s stereotyping of Spanish-speaking people in the United States. The production won a Drama Desk Award and four Cable ACE awards. He won a Prime-Time Emmy Award for his standup comedy production Freak, directed by Spike Lee, in 1998. And in 2018, Leguizamo received a Special Tony Award after wrapping an extended Broadway run of Latin History for Morons, his latest one-man show, delivering his take on 500 years of Latin American history spanning the Aztec and Incan Empires to World War II.

Later this year, Leguizamo’s musical, Kiss My Aztec, will open at Hartford (CT) Stage. “It’s a comedy set in the 1500s, after the Spanish conquest of the Aztecs, and it’s about an uprising against the Spanish viceroy,” Leguizamo explained. “It’s kind of Book of Mormon meets Spamalot.”

One of his most recent projects is PhenomX, a five-part comic book series about a Latinx superhero.

Asked how he continues to find new ways to expand his career, Leguizamo said writing has always been the key. “I write every day,” he said. “I always have a few projects going at once because you never know which one is going to work.

“When it does work, the story writes itself for a while,” he continued. “Then the real work begins, because writing is rewriting, and you never stop polishing. That’s the creative process.”

Forty years into his career, Leguizamo says he still gets nervous in front of an audience, and he doesn’t expect that to change when he faces Vassar’s Class of 2022. “I’m always glad I’m nervous, because it gives you the edge you need to perform,” he said. “I’ll prepare my speech meticulously, but I’ll still get energized when I get up in front of the crowd. That’s the power and beauty of entertaining, and it’s intoxicating.” 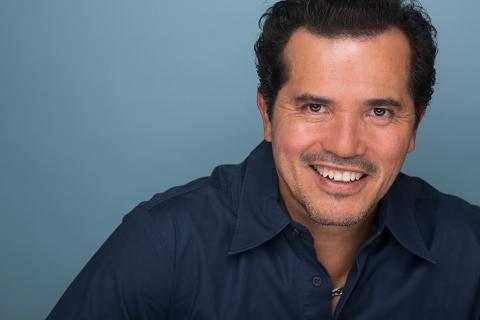