Meeting the Urgency of the Moment

True to form, Ifill used her platform to urge vigilance and action from legal colleagues. “We are in the moment of grave democratic crisis,” she told those in attendance. She pointed to “the takeover of history and memory by states that have decided that the truth does not serve their purposes,” voter suppression, intimidation of election officials, police violence, and a Supreme Court “shadow docket,” which, among other things, has precipitated overturning Roe v. Wade. “These are all the hallmarks of rising fascism and authoritarianism. And lying to ourselves will not make it go away,” she said. “So my charge is for you to step out.”

Ifill asked colleagues to follow in the footsteps of Supreme Court Justice Thurgood Marshall—founder and first Director-Counsel of the LDF. Whether battling  discrimination in courtrooms across the South—as when he came to the aid of Rosa Parks after her arrest in Montgomery, AL—or going halfway  around the world to investigate the treatment of Black GIs during the Korean War, Ifill said, “Marshall had no fear of showing up and being present wherever there was a need.” Before his appointment to the U.S. Court of Appeals by President Kennedy in 1961 and subsequently the Supreme Court, Marshall had been a lead legal strategist of the civil rights movement, challenging racial segregation, including housing discrimination and “separate but equal” policies in education. And, as Ifill noted, Marshall fought these battles in an era in which the violent assault of civil rights activists was common.

“It’s not easy. The personal threats are real,” Ifill said, but she added, “It’s nothing compared to the danger that Thurgood faced in his day. It’s just part of what we have to deal with.” 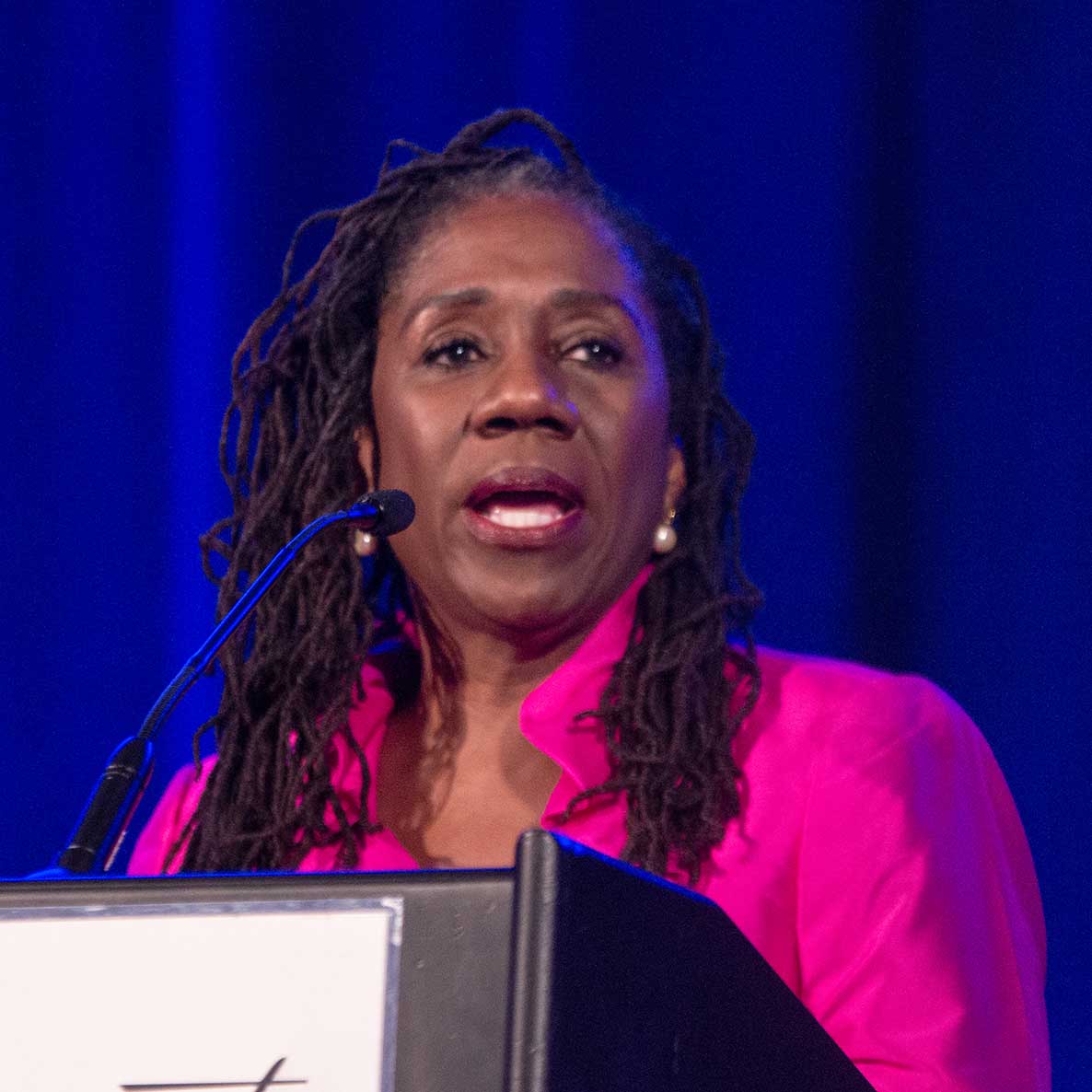 “Democracies unravel when the rule of law unravels … So we’re an essential part of the future of this country.”

She left her ABA colleagues with this message: “I hope that you all will feel inspired and encouraged and convicted to behave as though we are in a crisis moment and that you will use your voice in this important organization to ensure that we uphold the oaths that everyone took when we became lawyers. Democracies unravel when the rule of law unravels. There is no place that is a democracy that doesn’t uphold the rule of law. So we’re an essential part of the future of this country.”

Ifill stepped down from her position at the NAACP-LDF this spring after leading the civil rights organization from 2013 to 2022. (For her efforts she was named one of Time magazine’s Women of the Year.) But she said her fight for racial justice and equality is not over. “I will be writing about it and thinking about the next ways that I want to do this work,” Ifill said. Her plans include examining the state of the American legal profession and its responsibilities at this challenging moment in American history. She will also use a one-year Ford Foundation Senior Fellowship to complete a book that reimagines how to build a strengthened American democracy in light of what Ifill calls “America’s ongoing embrace of white supremacy.”