One of Vassar’s oldest traditions—gathering together for Convocation—resumed for the first time in 747 days on September 22, and President Elizabeth Bradley’s summed up the occasion succinctly: “I’m so thrilled to be with all of you—on campus, together, at last!” The COVID-19 pandemic forced the College to make last year’s Convocation a virtual event, and ongoing concerns about gathering in close quarters prompted College officials to hold this year’s ceremony on Commencement Hill, instead of in the Chapel, three weeks after remnants of Hurricane Ida had forced an initial postponement.

Dean of the College Carlos Alamo-Pastrana also celebrated the College’s return to near normalcy as he greeted members of the Class of 2025 and thanked members of the Class of ’22 for making Vassar a better place during their time here. He urged those in attendance to “strive to push this institution to do and be better and be open to the possibility of unplanned encounters” in the coming year.

As alumnae/i, students, faculty, administrators, and staff continued to grapple with uncertainty, it was fitting that Professor of English Peter Antelyes chose “The Afterlife of Surprise” as the topic of his Convocation address. “Surprise isn’t a state of enlightenment but a state of potential, hovering somewhere between not knowing and coming-into-knowing,” Antelyes said. “it’s not an emotion in itself but an intensity, its capacity to lift one off the rails. What we do with those moments is up to us.”

Antelyes described three instances of surprise in his time at Vassar that had shaped his own life. Many years ago, he recalled, a student had challenged his long-held interpretation of a poem by Emily Dickinson, pointing out that the line “When it goes, ‘tis like the Distance On the look of Death” -- was specifically describing the look on a person’s face at the time of death.

After that encounter, Antelyes said, “I went back to Dickinson’s work; I started to become aware of the extent to which her poetry emerged from actual observation and was indelibly linked to the body of the world. I have also since been up close to death and, seen that distance, at which moment that person’s comment came back to be, and was invaluable.”

A few years later, Antelyes was teaching a class for the first time in what was then called ethnic literature. During a discussion of a passage in one of the books, Antelyes said he remarked “something along the lines of ‘We can all relate to the situation being represented here.’ A student named Emily Polachek [’90] raised her hand. Her question was simple and direct: ‘Who is we?’” 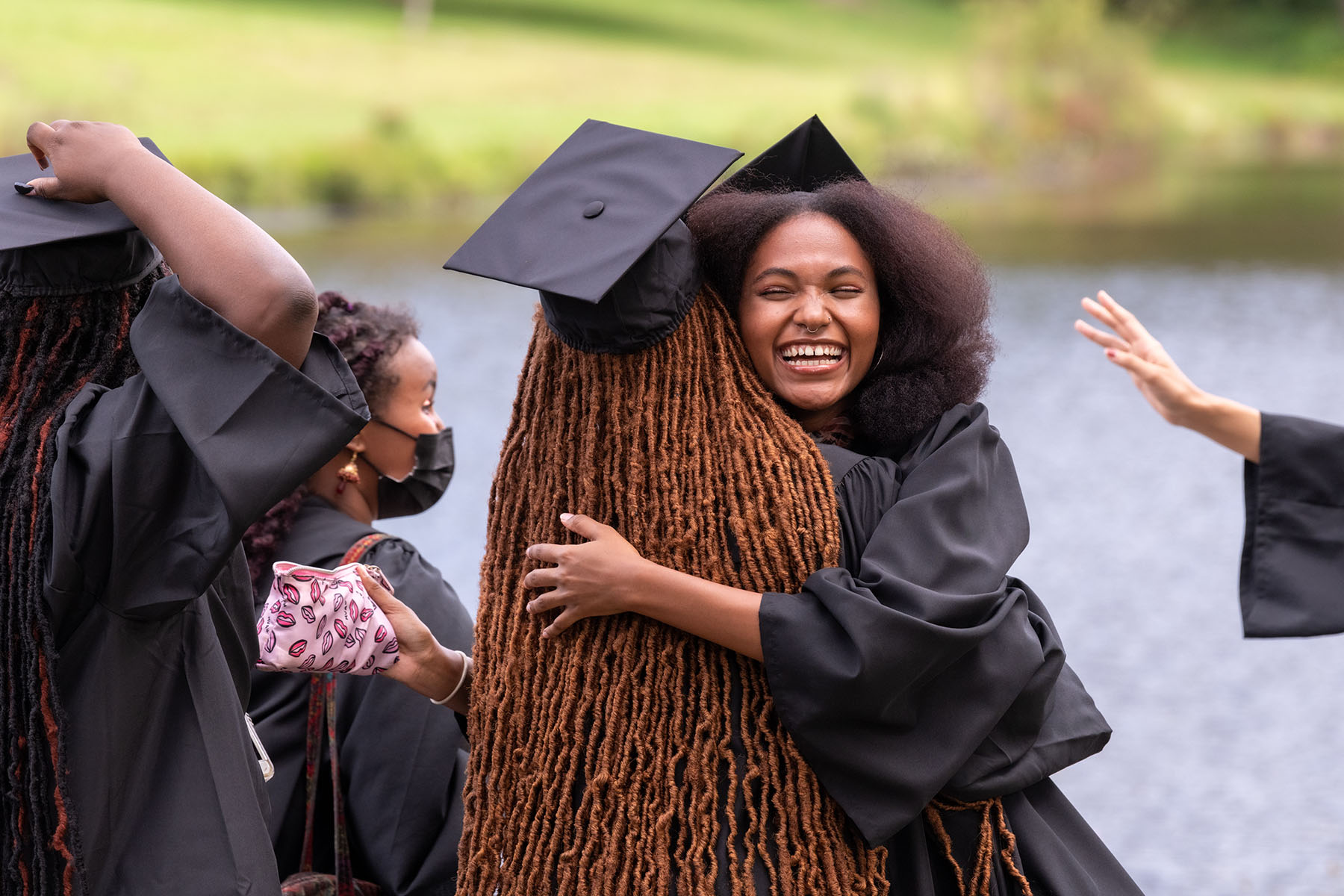 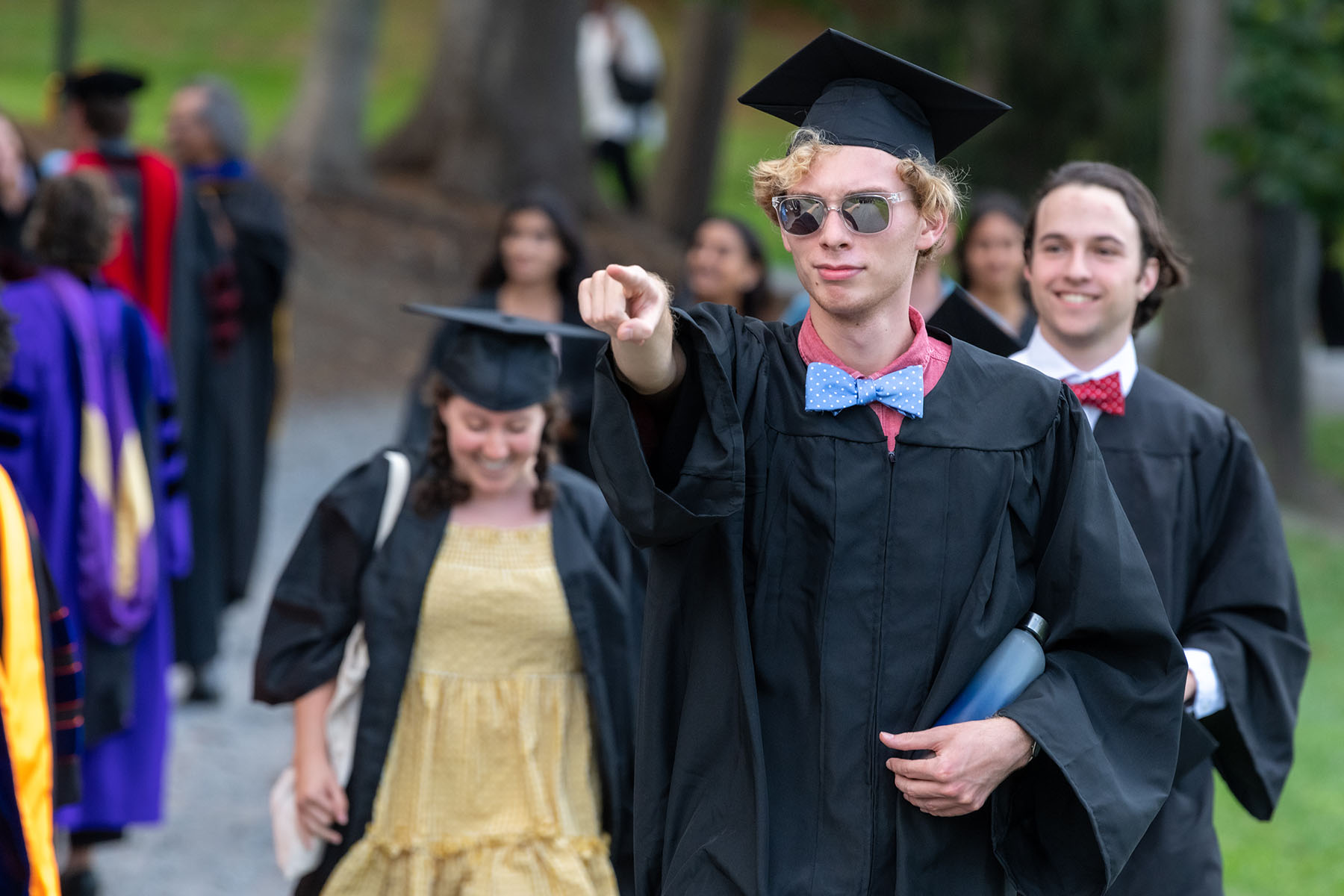 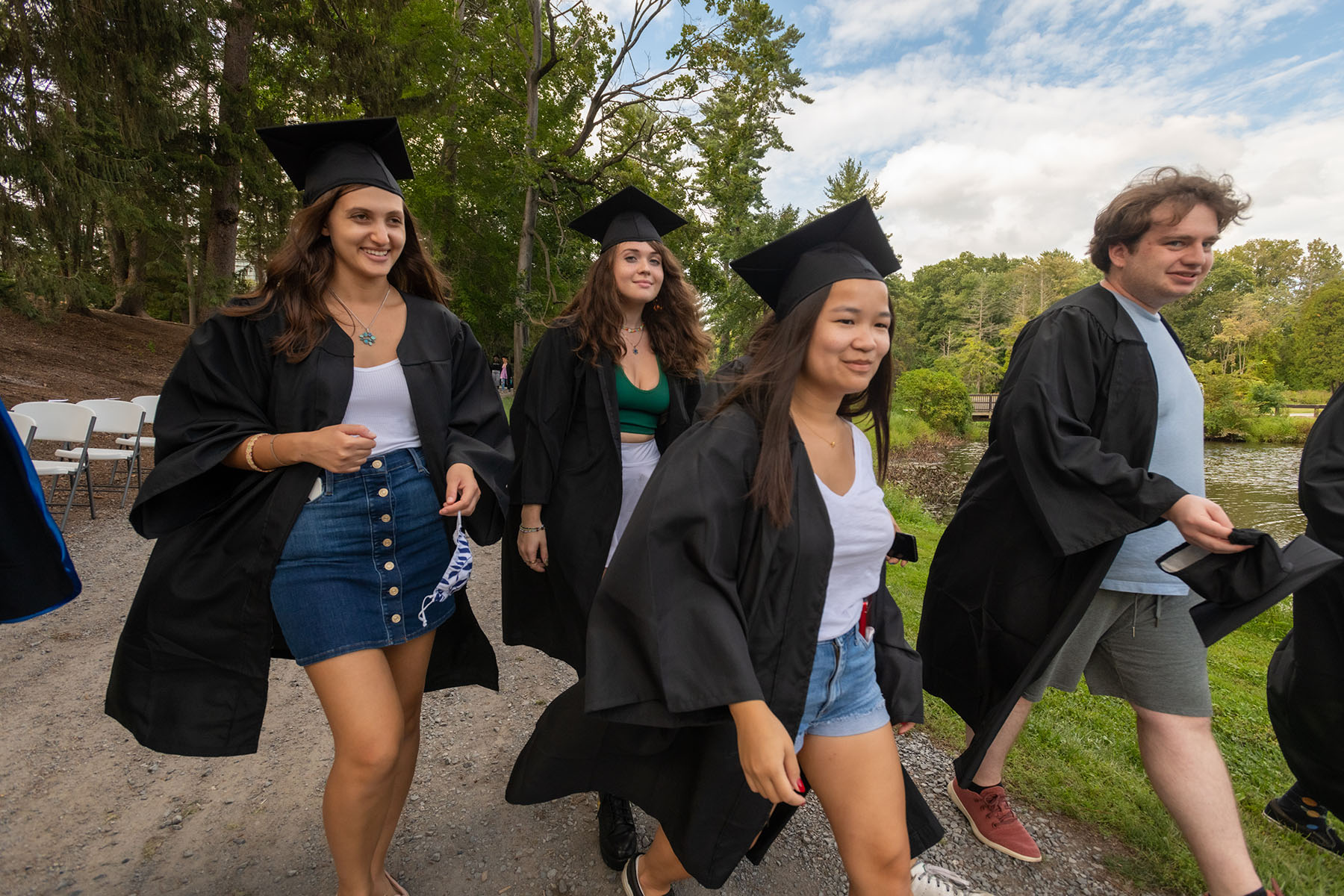 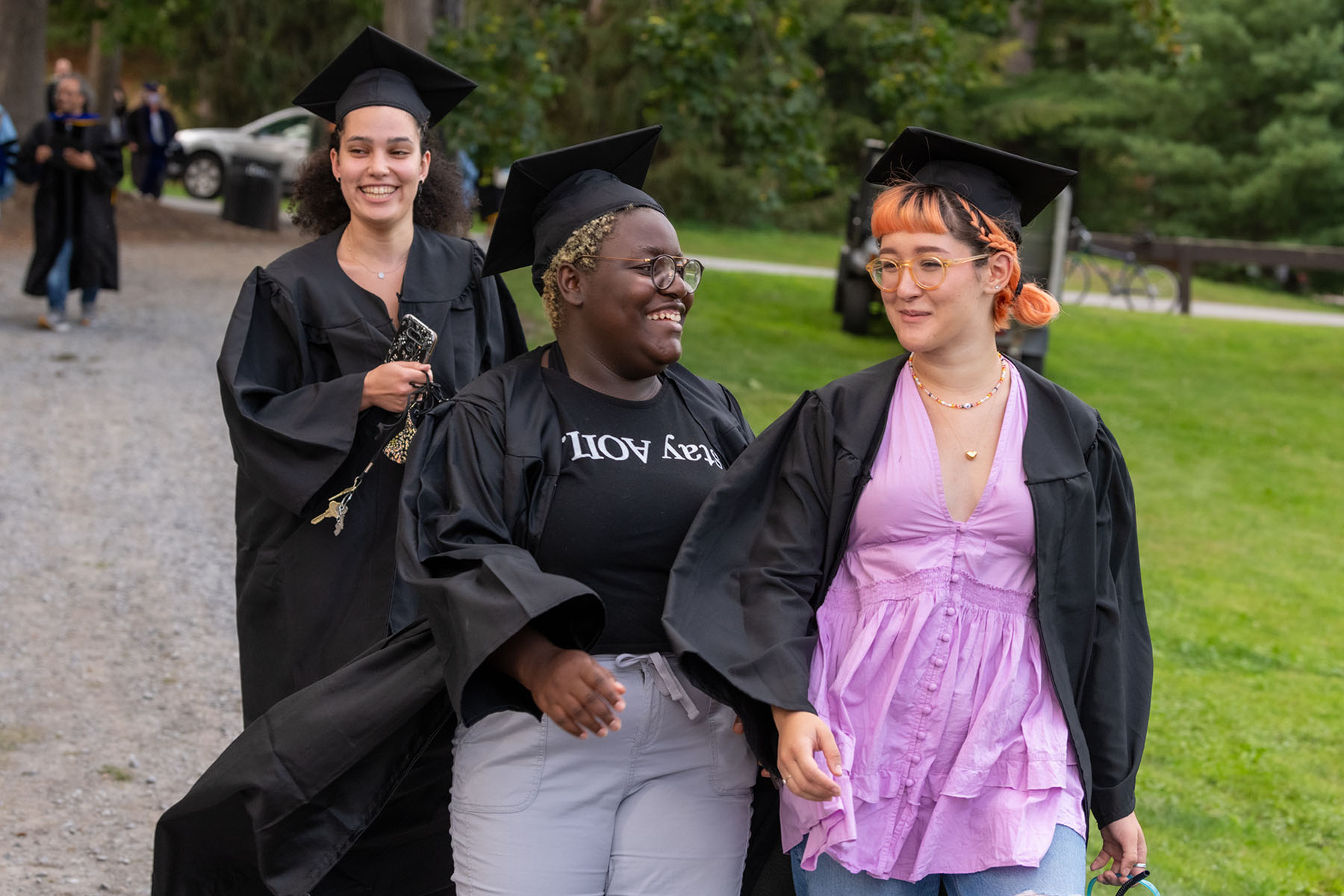 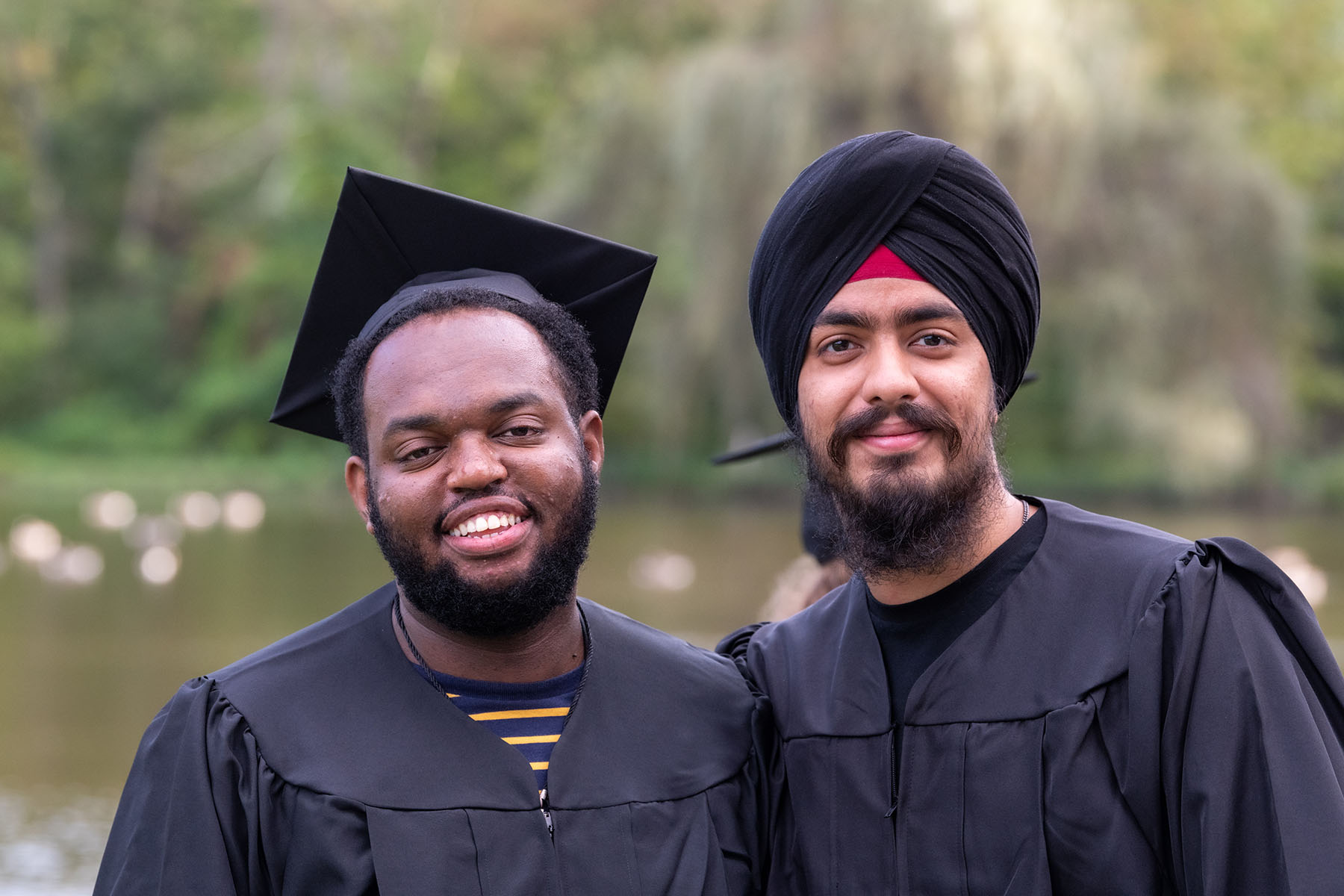 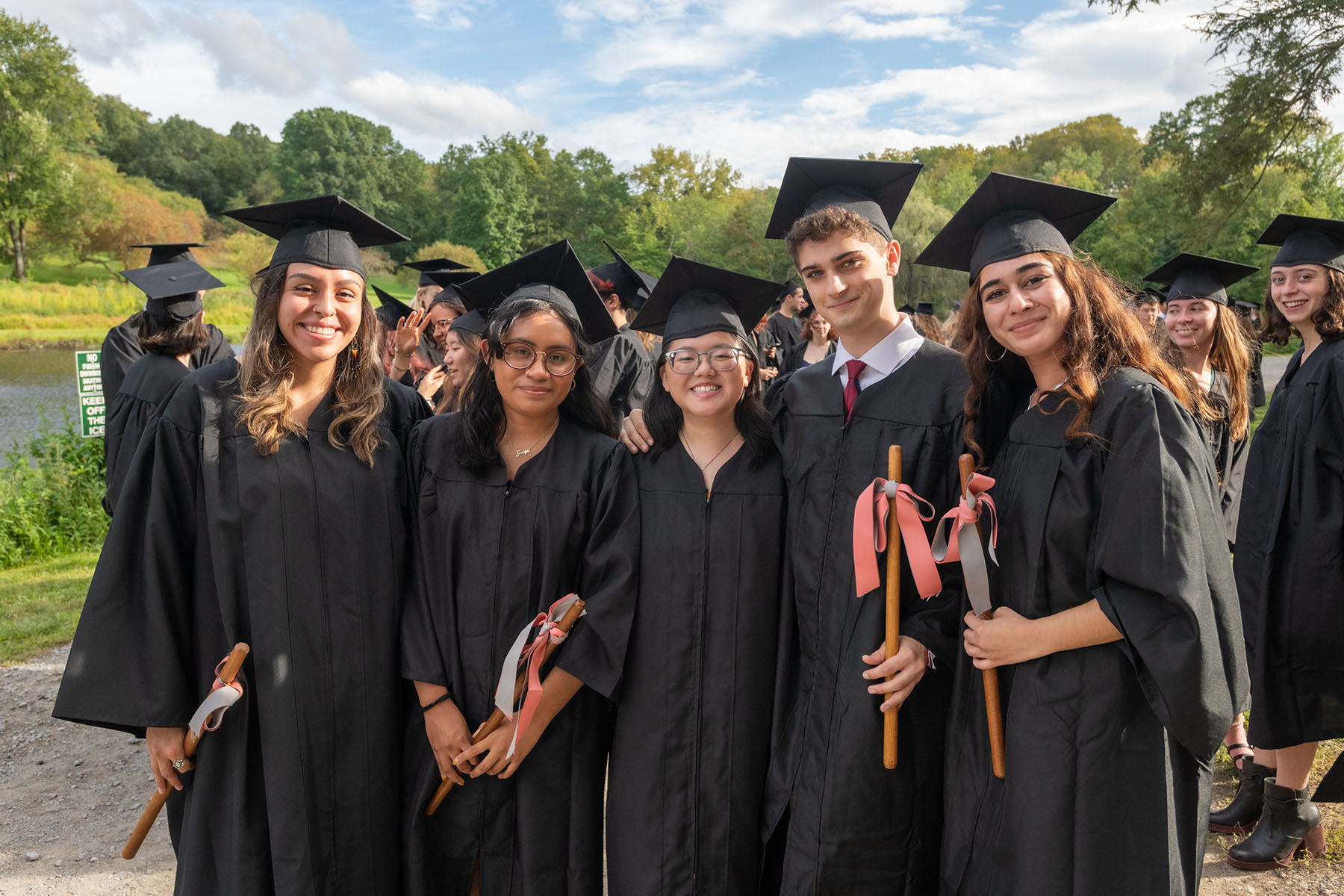 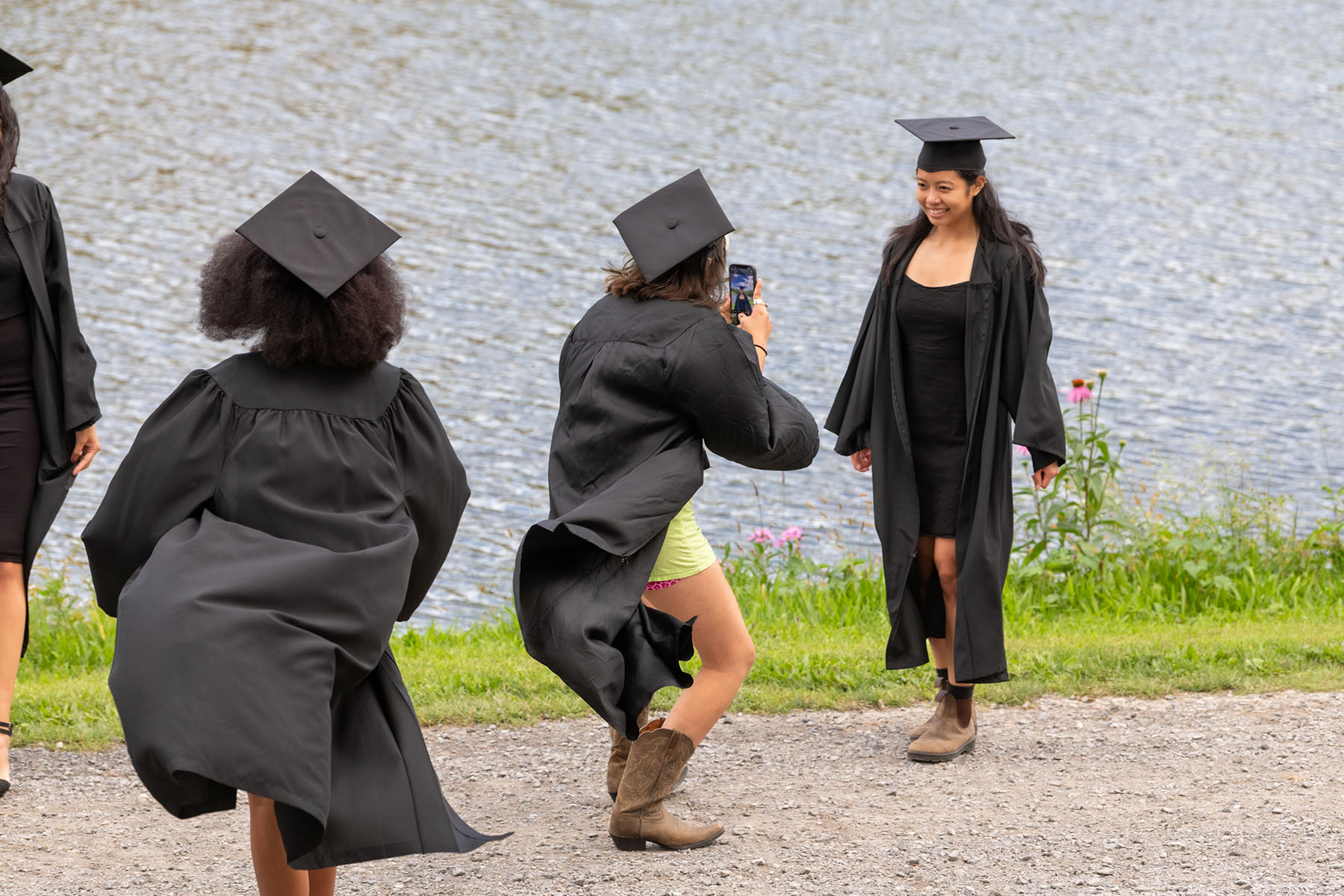 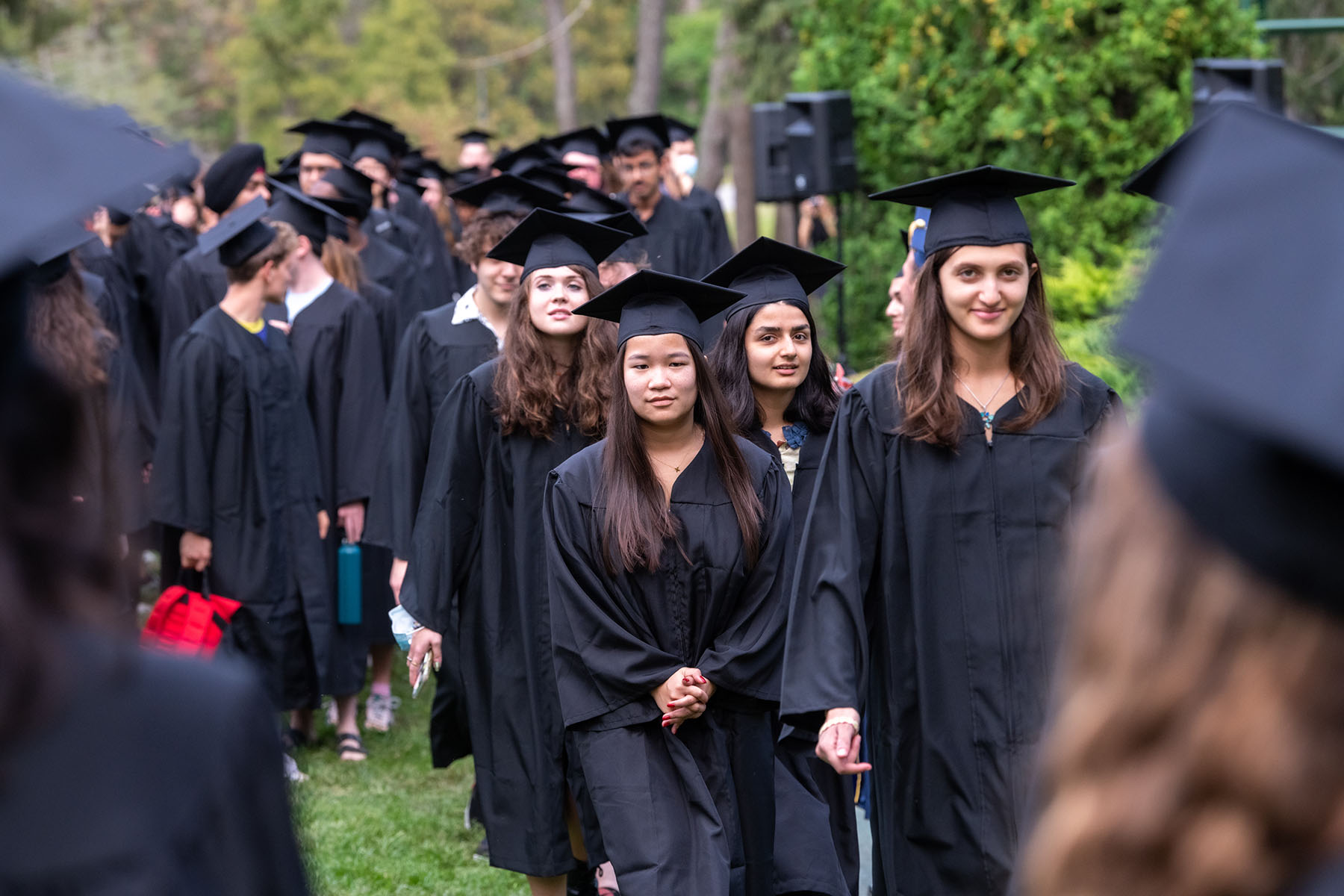 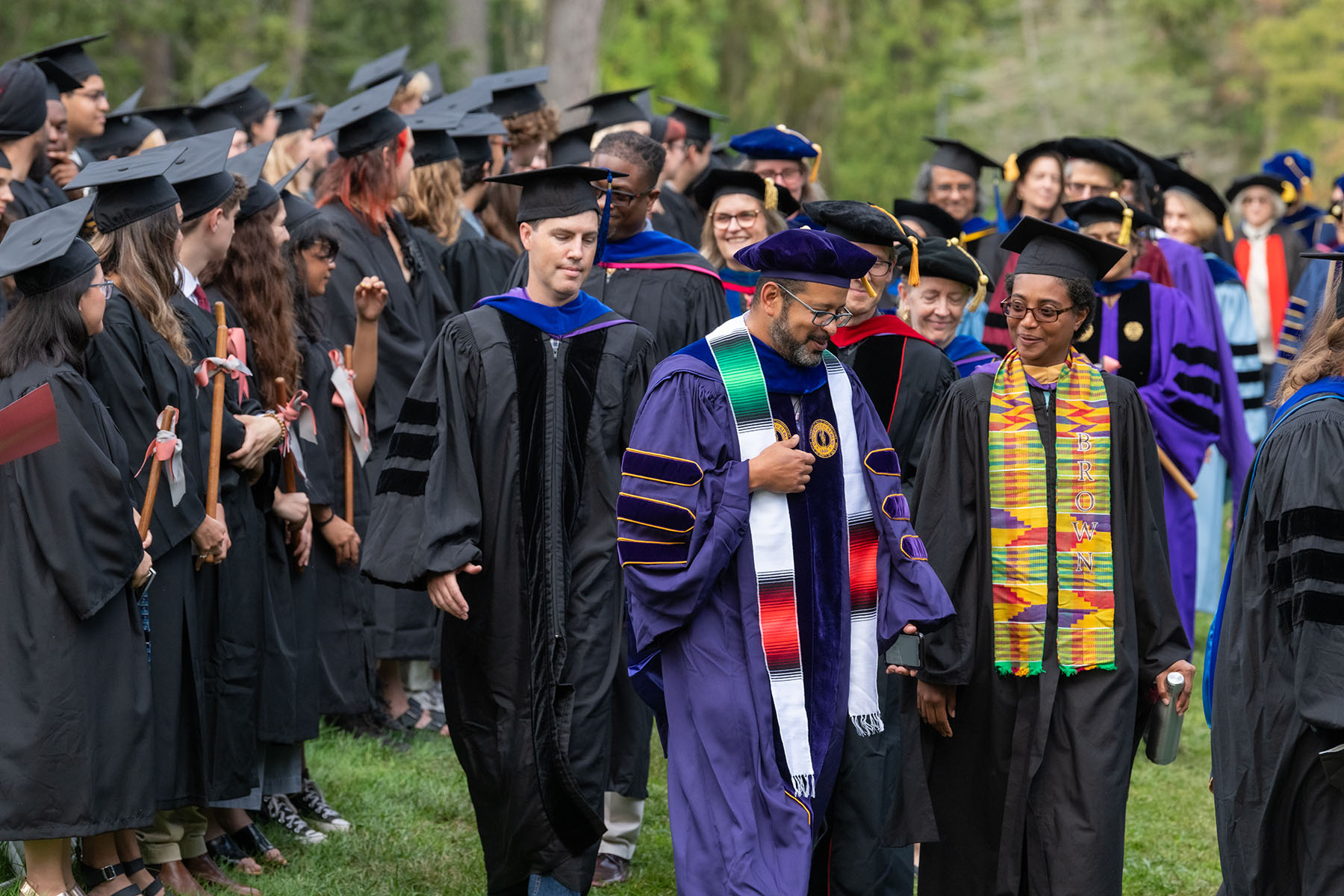 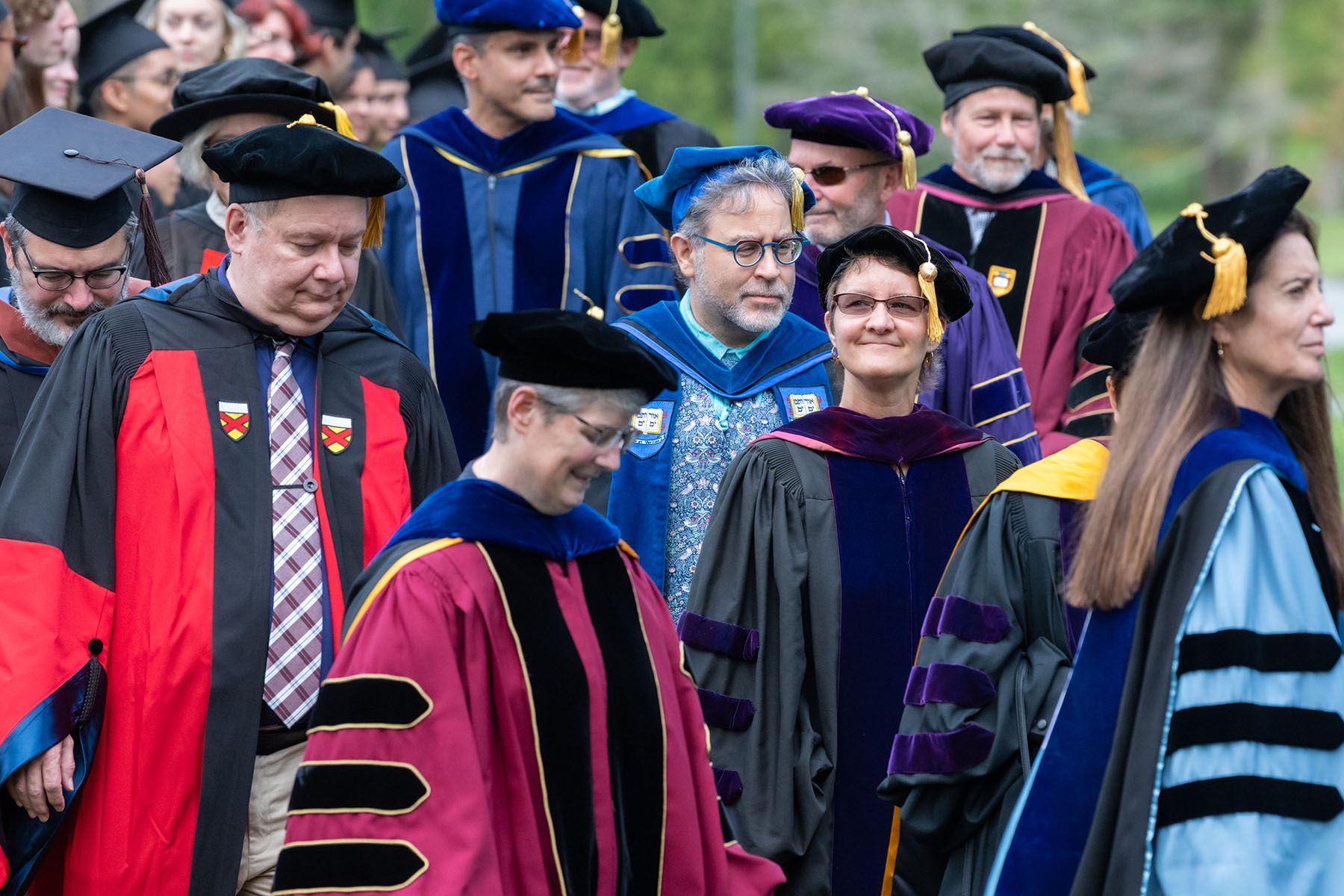 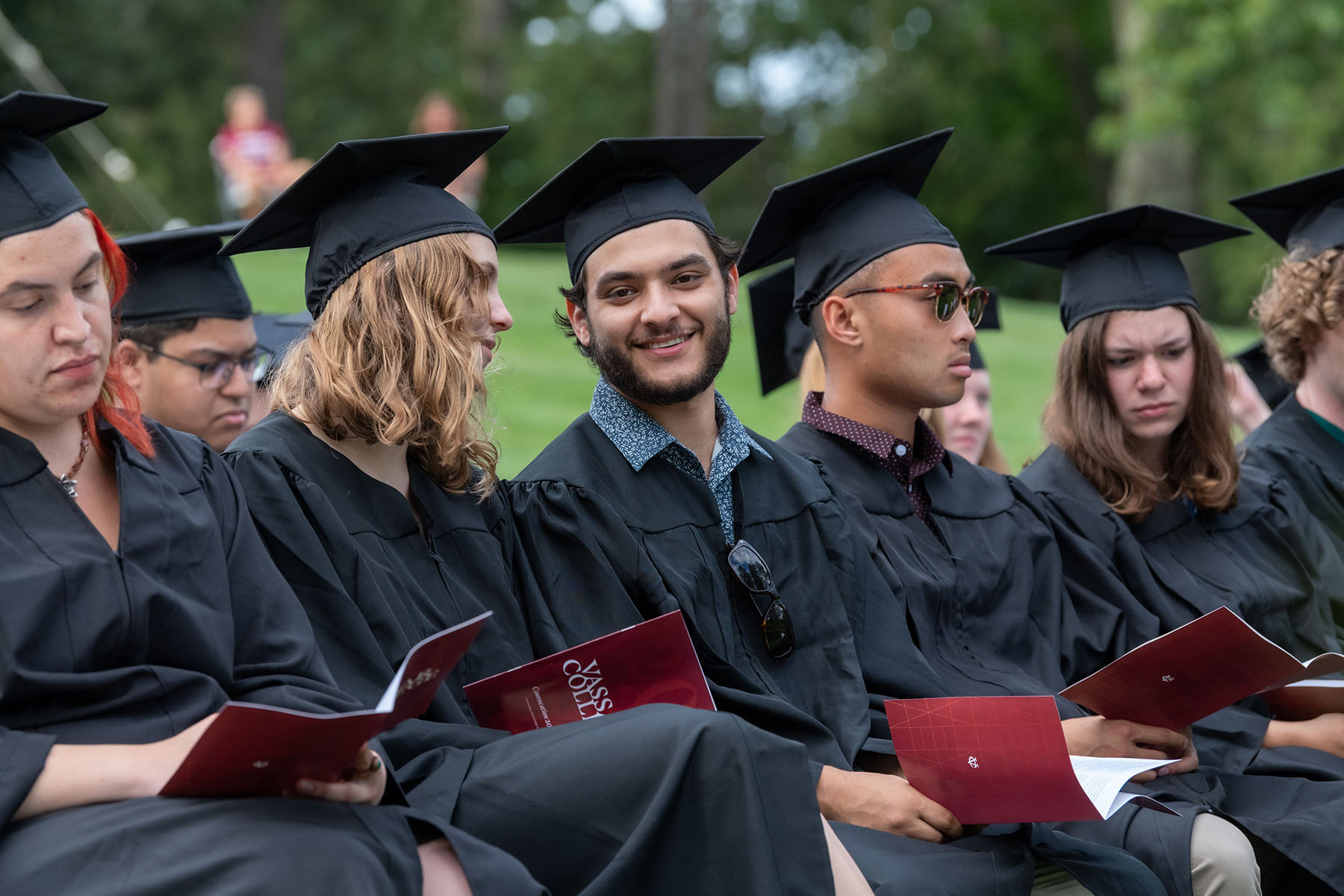 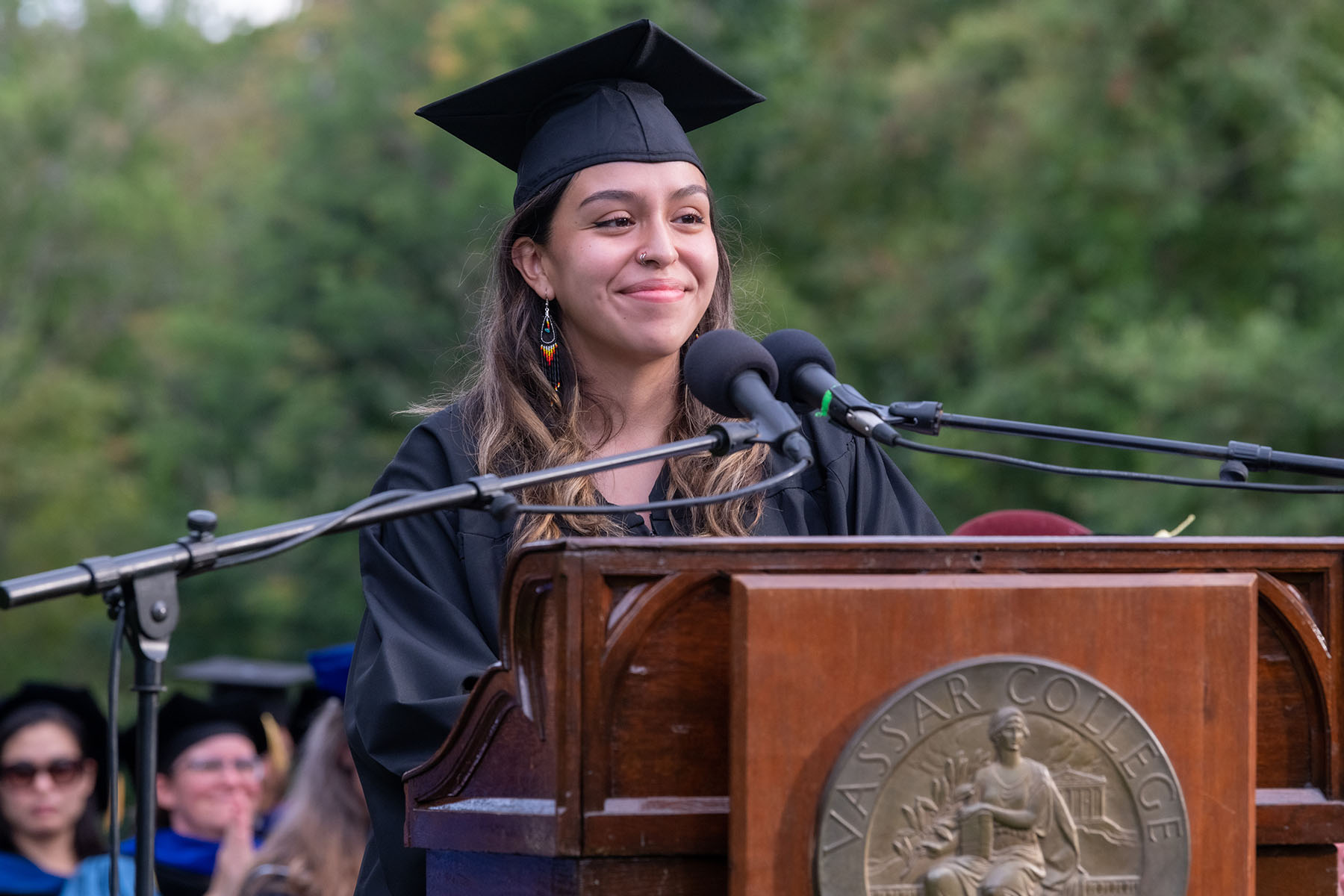 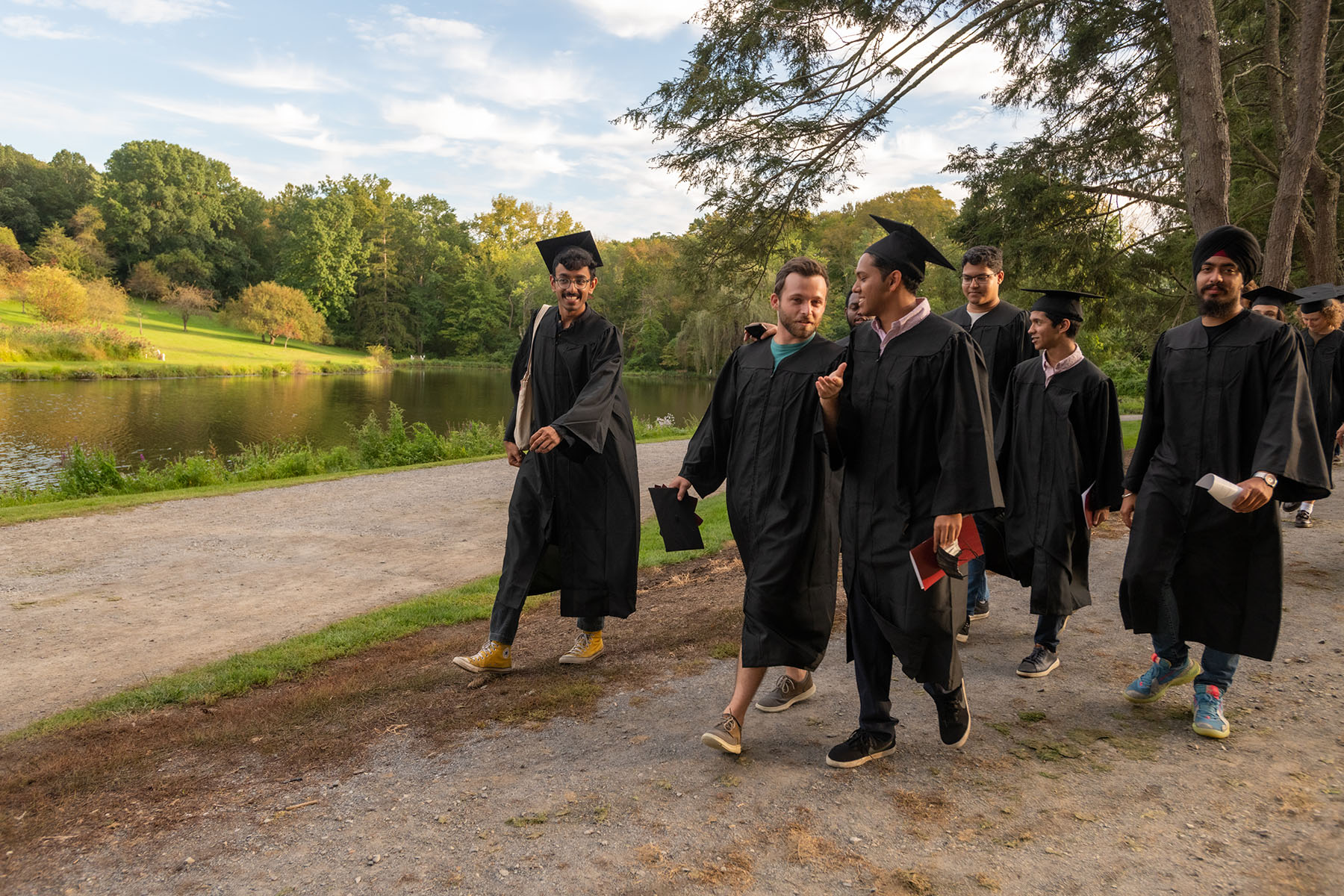 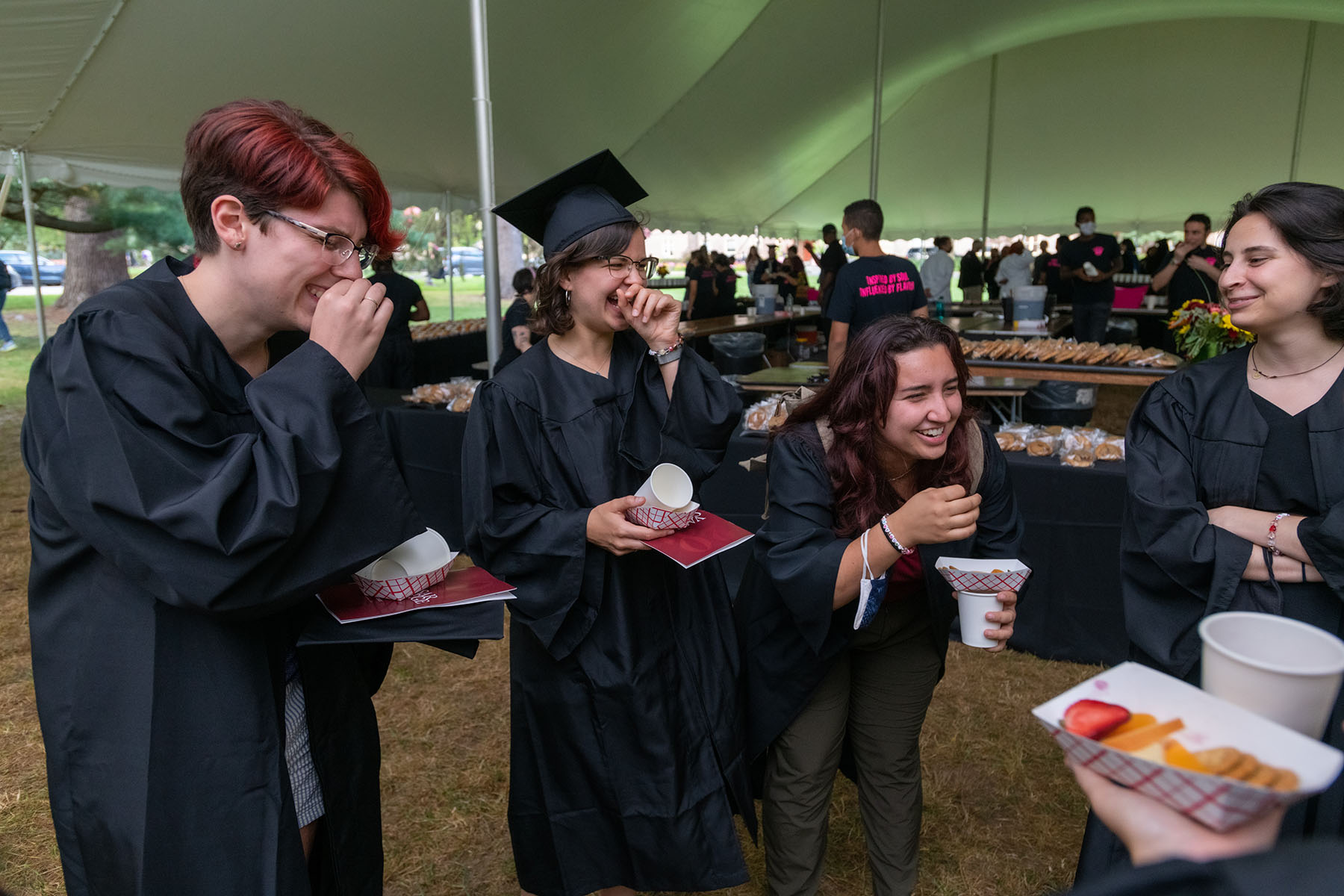 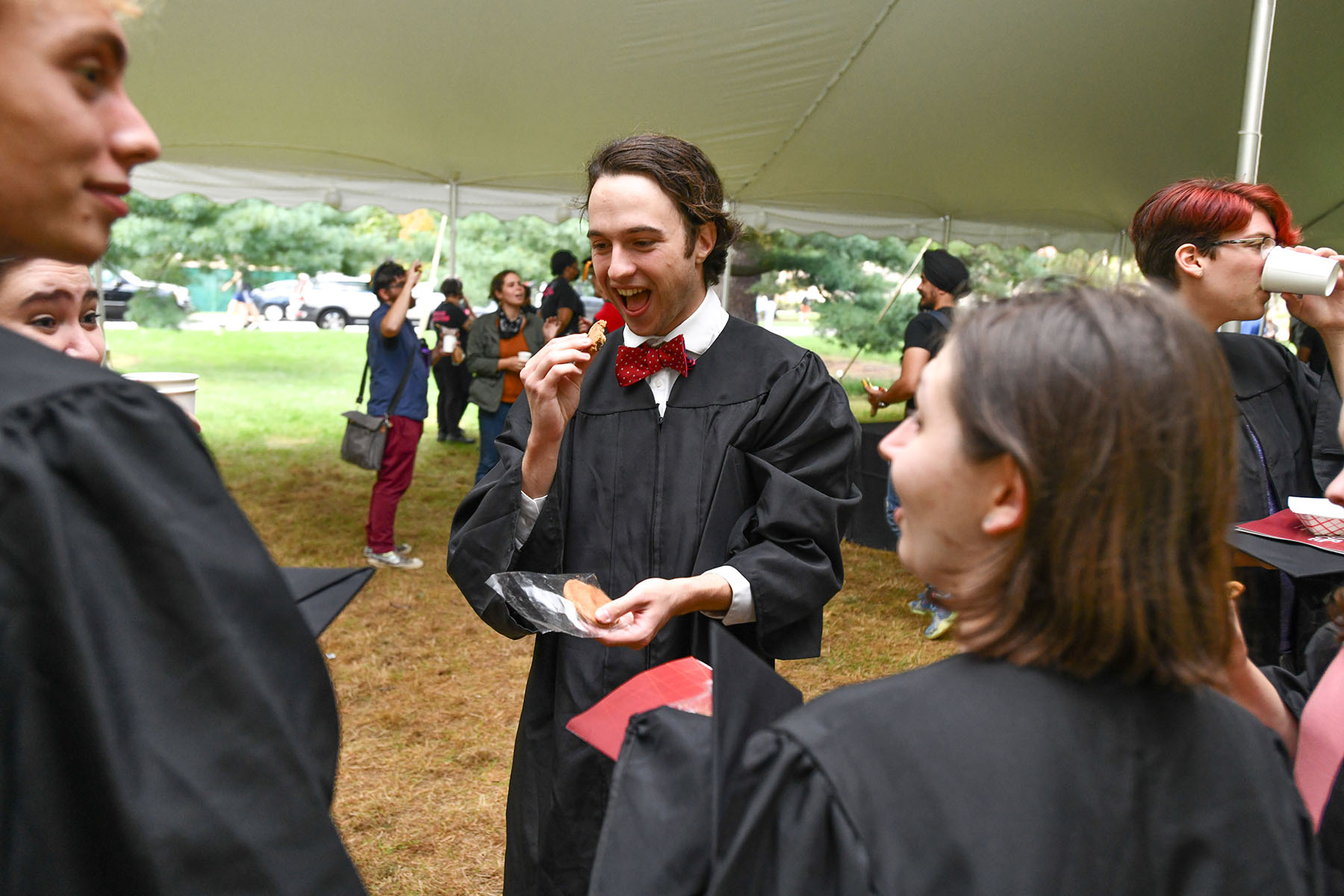 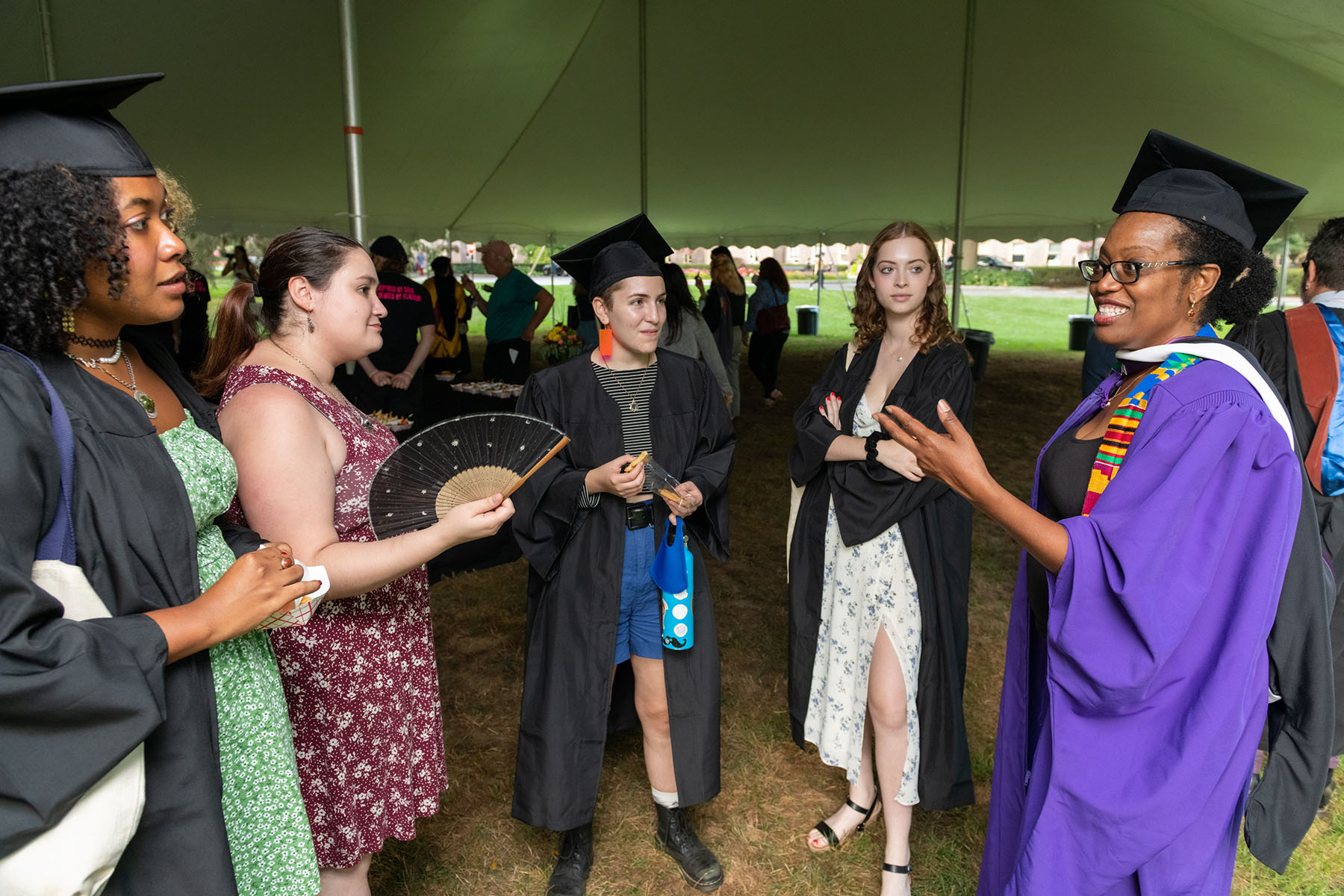 Antelyes said that surprise had caused him to realize that the student’s question was challenging “the institutional setting in which those assumptions were embedded.”

Antelyes said that while he had been thinking about race and difference as he taught that course, “I clearly had not been thinking about it deeply enough to recognize my own position. And so I was surprised. Perhaps for this same reason, that awareness proved no simple thing; no switch was flipped. For me at least it has unfolded in time, in that afterlife of surprise.”

A year or two later, Antelyes said he experienced another jolt that had prompted him to recall Emily Polachek’s, question, ‘Who is we?’ He was talking to a colleague about a book by Henry James in which James had described his visit to a neighborhood of immigrant Jews in Manhattan. The colleague remarked, “James was right: Jews were vulgar.”

Antelyes said he knew his colleague knew he was Jewish, “so this was not meant as some verbal handshake between anti-Semites. I was still confused, but now I was angry, just as Emily had been angry.

“The afterlife of this surprise added a new dimension to my understanding not just of anti-Semitism but, complicating my encounter with Emily, its relation to racism,” he said. “All these afterlives exist in a sort of uneasy relation in my mind to this day. In all, I was white, but yet in the last I wasn’t, or not quite. For me, these recognitions led again to a shift in my teaching and scholarship as I focused more on Jewish materials. It goes without saying, too, that I have a lot to learn.”

Antelyes urged his audience to be aware of the afterlife that accompanies surprises. “The underlying premise is indeed a very old one: that we spend most of our lives asleep and need to find ways to ways to wake ourselves up,” he said. “What I’m adding here is that we should see surprise as one of the available wake-up calls and that we should pursue it with a honed receptivity and a willingness to plumb its afterlife, to turn disorientation into an engine of reckoning. For the capacity for alertness to surprise is also the capacity for learning and for change.”

In what is now a tradition at Convocation, the Alumnae/i Association of Vassar College (AAVC) recognized a recent graduate for outstanding achievement or service to the College. AAVC Vice Presidents Monica Vachher ’77 and Brian Farkas ’10 bestowed this year’s Young Alumnae/i Service Award on Marie Dugo Dilemani ’11 for her years of leadership and service with the Vassar Club of New York City (VCNY).

Vachher noted that Dilemani had begun serving alums while she was still a student at Vassar, serving as a Reunion intern for four years. “By the time she was a senior,” Vachher said, “she seemed to be running the reunion as much as anyone.”

Farkas said that while their years as undergraduates had overlapped and they had worked at the Miscellany News together, he came to know and admire Dilemani on a much more personal basis after they graduated. “I have had the pleasure of working side by side with Marie Dugo Dilemani for a decade with VCNY,” Farkas said. “In that time, we’ve planned more galas, panel discussions, bar nights, lectures, walking tours, wine tastings and book clubs than I could possibly count.” And, he added, “In each event and each interaction, Marie models professionalism, poise, and perfection.”

Prior to the event, Dilemani noted that she had chosen Vassar not only because it had been recommended by an alumnus who was one of her mother’s closest professional colleagues but also because it had offered her the substantial financial aid she needed to attend. In addition to her work with VCNY, Dilemani, who is Director of Brand Marketing for MSNBC, said she enjoys “bringing Vassar students and alums together—for friendships or for career networking.”

“Vassar has given me so many opportunities, and I want to make sure these same opportunities are given to the students who come after me,” she said.