“We’re on a knife’s edge … democracy is on the ballot.”

That’s how Princeton University Professor Dr. Eddie Glaude Jr. summed up what’s at stake in the upcoming midterm elections as he began an hour-long conversation as the inaugural guest on Conversations @ the Salt Line, a Vassar podcast that debuts November 1—just one week before Election Day. 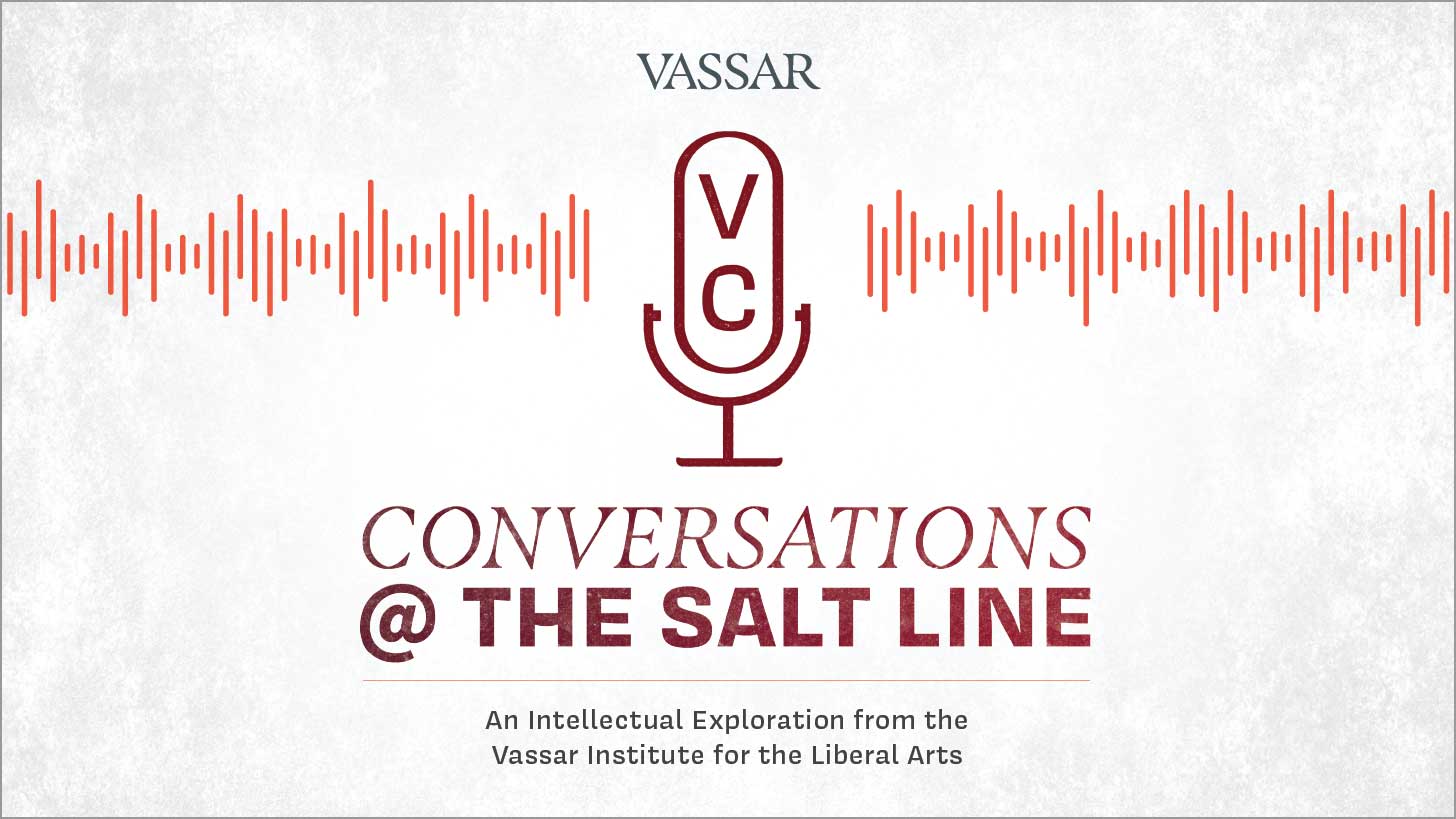 Glaude is Chair of the Department of African American Studies at Princeton University and a frequent commentator on nationwide television news broadcasts. He was recently on campus as a guest of Vassar’s Africana Studies program.

The name of the podcast was derived from an ecological phenomenon that happens near Poughkeepsie on the Hudson River, just a few miles from the Vassar campus. “Here, the mighty Hudson River, an estuary, merges the briny sea tides from New York Harbor with the fresh origin water from the Adirondack Mountains, creating the literal Salt Line: nutrient-rich waters where young fish are nurtured into adult fish,” explained podcast host Wesley Dixon, Special Assistant to President Elizabeth Bradley and Board Secretary at Vassar. “Our metaphorical Salt Line seeks to capture that spirit of purposeful collisions, a place where diverse thought meets impassioned dialogue. The podcast will mimic the Salt Line, bringing together differing perspectives to showcase those distinct voices that can vary while always seeking paths forward.”

Upcoming guests include Hollywood film and TV producer Jason Blum ’91, a Vassar trustee; style and fashion columnist and author Stacy London ’91; former Secretary of Homeland Security Jeh Johnson; and other thought leaders who will discuss a wide range of topics with Dixon. The podcast will be accessible on the Vassar Institute for the Liberal Arts website, as well as a video version on Vassar’s YouTube Channel.

The first guest on Conversations @ the Salt Line is Princeton University Professor Dr. Eddie Glaude Jr., who discussed the upcoming midterms. Watch a preview of the episode.

Bradley said the podcast would provide a new platform for the College to promote dialogue about important issues of the day, in alignment with the goals of the Institute for the Liberal Arts. “We are thrilled to be able to provide this lively and often provocative content to the Vassar community and others across the world,” the President said.

Dixon said the idea for the podcast arose during a conversation with Bradley over a year ago. “It has been a mission and vision of the College to continue to find ways to demonstrate the impact of the liberal arts on issues confronting us today,” Dixon said. “Just as the Institute will host these discussions in the future, the podcast will serve as a way to engage in conversations with people who are doing interesting and important things in the world.”

Planning for the podcast began last fall when Bradley and Dean of Faculty William Hoynes, Professor of Media Studies, taught a class with Dixon on podcasting to about a dozen Vassar students.

Dixon said he drew some insights and ideas for the podcast from Vassar alum Chris Morrow ’93, co-founder and CEO of The Loud Speakers Podcast Network. Founded in 2011, the network currently attracts more than 55 million listeners per year in productions it has created across the country.

Morrow said he was excited to see Vassar ramping up its podcasting presence. “Podcasts are now an integral part of the media landscape, so it’s important that Vassar is well represented in that space,” he said. “I also think this particular podcast is a great way for the Vassar community to connect with alums doing amazing things in a meaningful way. There’s real value in hearing a Stacy London or Jason Blum share their journeys, especially when you have a talented host like Wesley drawing out moments and insights you might not get in another setting.”

Morrow said he hoped Vassar would continue to use podcasting as a teaching tool. “I really hope this is just the tip of the iceberg when it comes to Vassar and podcasting,” he said. “When I graduated back in 1993, most people interested in getting into media gravitated to magazines or newspapers. Those industries are now only a shell of what they once were, but podcasting is still growing. There are jobs and opportunities. So I hope Vassar will treat audio like any other medium and offer the courses and resources that will set up students to succeed in that space. At the end of the day, podcasting is just another form of storytelling.”