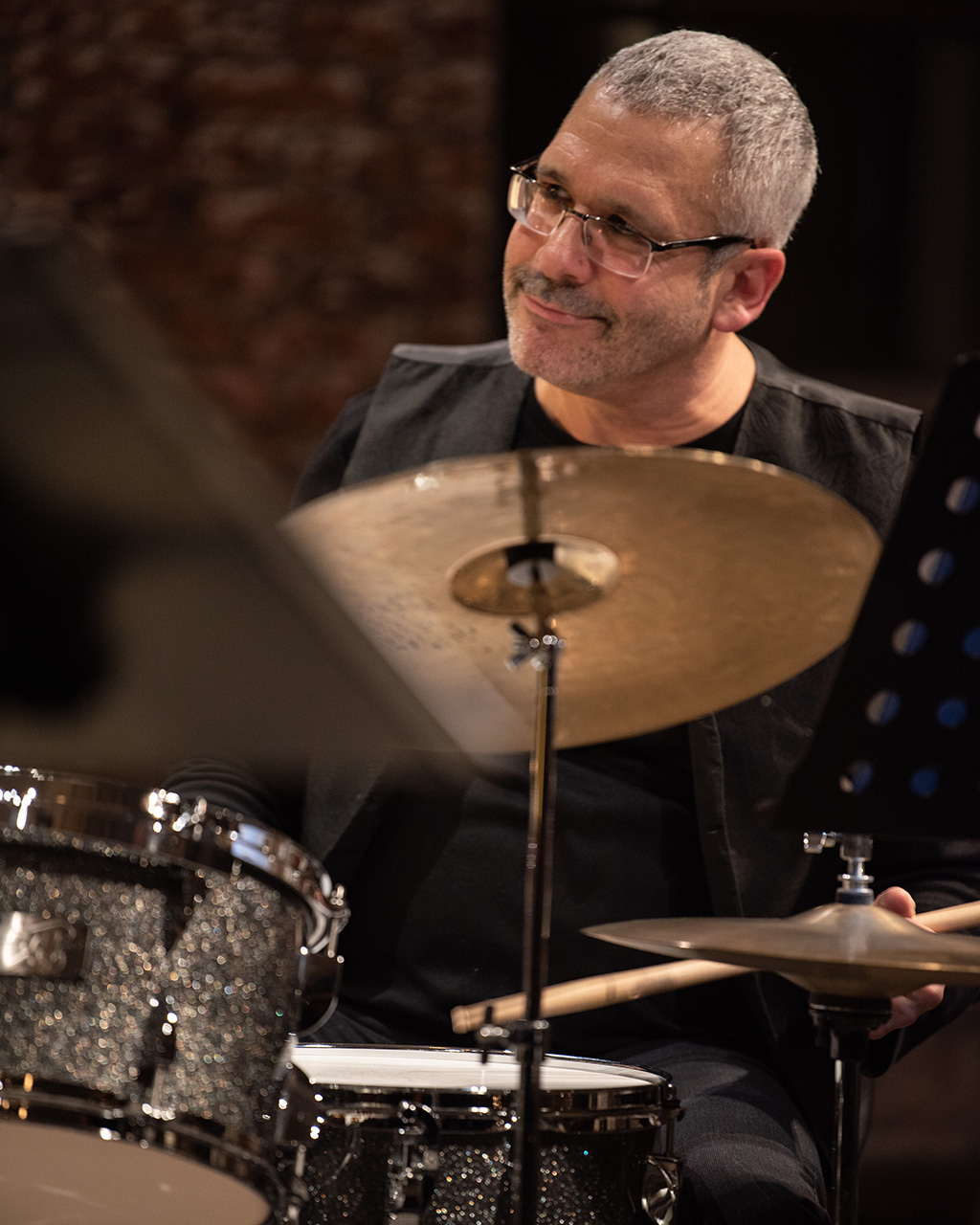 Drummer/Composer Jeff “Siege” Siegel is a veteran of the New York Jazz scene and has worked with a virtual “who’s who” of artists. A member of the Sir Roland Hanna Trio from 1994–’99, Siegel's diverse career has also led him to perform and/or record with legends such as Ron Carter, Kenny Burrell, Jack DeJohnette, Benny Golson, Sheila Jordan, Helen Merrill, Mose Allison, John Medeski, Arthur Rhames, Dave Douglas, Stefon Harris, Pat Metheny, John Abercrombie, Kurt Elling, Ravi Coltrane, Ryan Kisor, Lee Shaw, The Levin Brothers, Hal Galper, John Medeski, Dena DeRose, Michael Dease, Joel Frahm and many others including the groundbreaking group “Second Sight”. He has worked in the avant-garde world as well with Wadada Leo Smith, and Baikida Carroll. He’s performed over 30 European tours including four as leader of the Jeff “Siege” Siegel Quartet and several others as co-leader. The Jeff “Siege” Siegel Sextet performed a 3-week tour of Africa in the summer of 2019 including clinics for the US State Department and a featured appearance at the Standard Bank Jazz Festival in Makhanda, South Africa.   Other recent tours include The Levin Brothers in Japan, Mexico, Canada, and the US west coast and Midwest as well as South & Central America. His 2017 CD release “King of Xhosa” features South African trumpeter Feya Faku and is on the ARC label. His most recent release with his quartet is the 2018 release on ARC entitled “London Live” and “When You Were There” (2019) with Hetko, Syracuse & Siegel.

He holds a Master’s Degree in Jazz from Queens College where he studied Composition with Jimmy Heath. He has been the recipient of several grants from Meet the Composer as well as United States Artists International (USAI). He is endorsed by Canopus Drums, Beato Bags, and Vic Firth Drum Sticks.