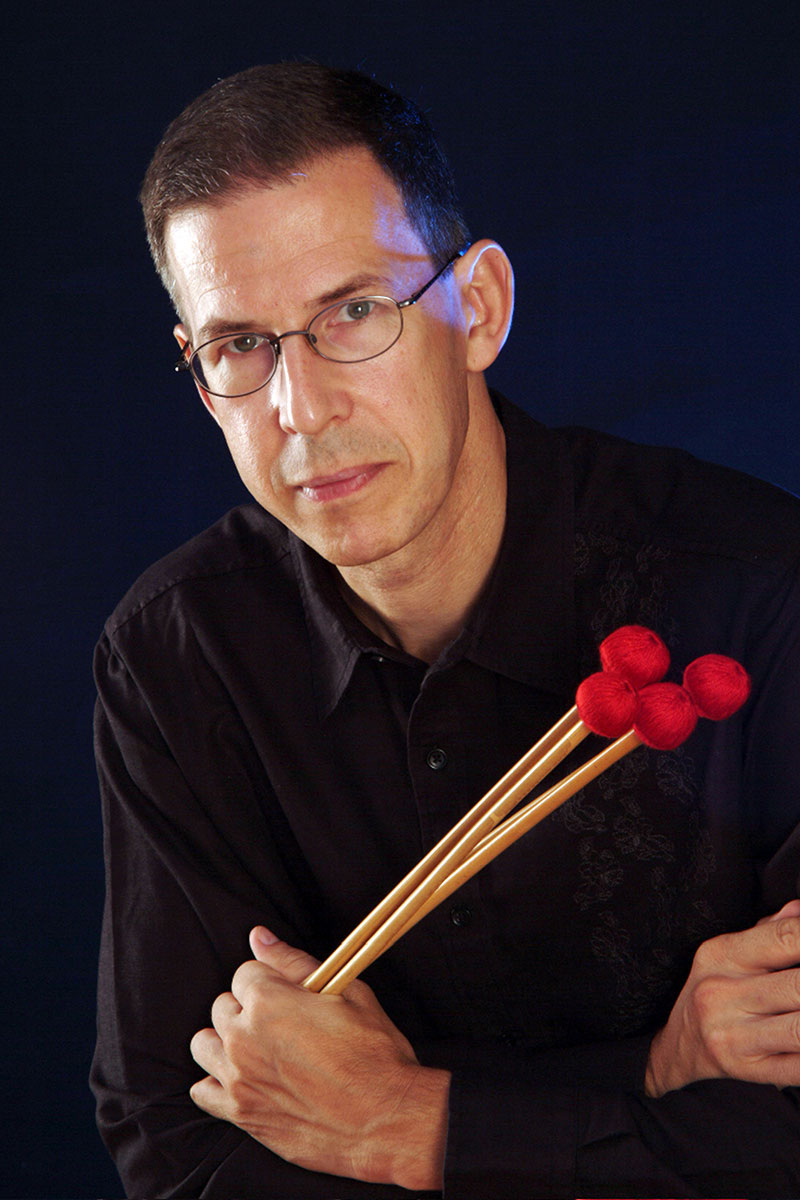 A proponent of new and classic, western and world percussion music, Frank Cassara has premiered many works with as many diverse groups. As percussionist for the Philip Glass Ensemble, he has performed around the globe, as well as recording Glass’ music and film scores, most recently “Taking Lives” with Angelina Jolie and “Secret Window” starring Johnny Depp, as well as the new Glass/Reggio film “Naqoyquatsi”. He also performs around the world with Steve Reich and Musicians, with an upcoming recording of his work “Dance Patterns”. As a member of the New Music Consort/PULSE Percussion Ensemble he has appeared at major festivals as well as in a movie about John Cage, “I Have Nothing To Say And I Am Saying It”. Mr. Cassara has toured extensively with the Newband/Harry Patch Ensemble, performing on five CD’s with Partch’s instruments. He has also toured or recorded with groups as Music From China, Manhattan Marimba Quartet, Talujon Percussion Quartet, and the Erik Hawkins Dance Company. Principal percussion of the Connecticut Grand Opera and member of the Riverside Symphony and Hudson Valley Philharmonic, he has also performed with many area orchestras such as the Brooklyn Philharmonic, American Composers Orchestra, Long Island Philharmonic, and the Westchester Philharmonic. Mr. Cassara plays for Broadway shows “Lion King”, “42nd Street” and “Frogs”, and heads the percussion departments at Long Island University and Vassar College. He can be heard on many recordings such as Philip Glass’ “Hydrogen Jukebox”, Gavin Bryars’ “Jesus’ Blood” (Grammy nominated), Chou Wen-Chung’s “Echoes From The Gorge”, and numerous others. Frank Cassara will be on tour in 2005 with Steve Reich in Italy and Philip Glass in Australia, Japan, and Europe.

BM, MM, Manhattan School of Music
At Vassar since 2000