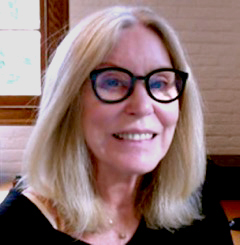 Nancy Ide is Professor Emerita of Computer and currently Research Professor of Computer Science at Brandeis University. She also holds the position of Honorary Professor at the University "A.I. Cuza" in Iasi, Romania. In 1990, as a newly-tenured Associate Professor, she put in motion the steps to establish a Computer Science major and department at Vassar. She served as chair of the department until 2009 and retired from Vassar in 2021.

Professor Ide has published copiously in the field of computational linguistics, primarily in the areas of word sense disambiguation and computational lexicography. She was President of the Association for Computers and the Humanities from 1985-1995 and co-founded the Text Encoding Initiative in 1987, receiving the Antonio Zampolli Prize for outstanding contribution to the field from the Alliance for Digital Humanities. She has been a Principal Investigator on several major federally-funded projects, and is currently working on an NSF-funded effort to exploit language technology to enable rapid search and mining of scientific publications.

In 2007 Professor Ide co-founded the Association for Computational Linguistics Special Interest Group on Linguistic Annotation (ACL SIGANN), of which she served as President until 2021, and established the annual Linguistic Annotation Workshop (LAW). Recently, she co-edited the 1300-page "Handbook of Linguistic Annotation”.  She is co-editor-in-chief of the journal Language Resources and Evaluation and Editor of the 40-volume Springer book series Text, Speech, and Language Technology. Since 1997, she has been a co-organizer and professor in the EUROLAN series of summer schools in computational linguistics.