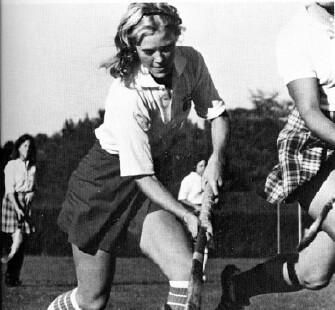 Henry Noble MacCracken retired from the presidency in 1946. Sarah Blanding became the next president, and despite her history as a physical education teacher, under her tenure interest in athletics waned. Both the number of teams and the number of students playing on them dropped significantly. While in 1953 the Athletic Association could boast eight strong teams, by 1967 only a dwindling six remained. In reports to the Athletic Association, the team managers commented with increasing helplessness on their recruiting efforts. Even participating students were often less than enthusiastic: the head of the swimming team noted one year that while quite a number of students joined the team, no one actually attended practice.

Competitions during the 1950s and 60s usually revolved around "Sports Days" organized by the Athletic Association. "Sports Days" as defined by an Association pamphlet were "an informal type of extramural competition, an occasional event in which two or more schools or clubs come together. Often more than one sport is represented in the program, each school or club bringing together several groups of players. School A's groups will compete with groups from Schools B, C, and D. Points are awarded for each match or game won and the total determines the winning school or club. Social mixers and informal recreation are important parts of the sports day." Vassar usually only hosted one such event each year, but because students from the other schools stayed for the weekend, they were an organizational nightmare. The Athletic Association had to procure dorm rooms, notify the dining hall staff, and provide entertainment. Vassar athletes' responsibilities were also twofold: they acted both as hostesses and as competitors. 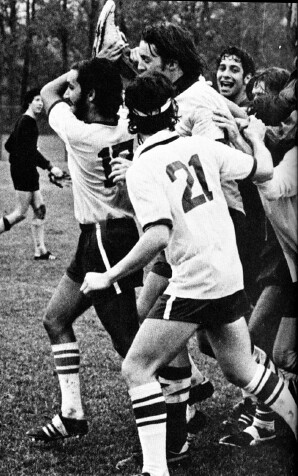 Co-education and its Affects

The years immediately following coeducation saw major modifications in athletic policies. In 1971, Vassar dropped the two-year physical education requirement. Competitive sports, the old fear of Vassar physical educators, became a strong focus of Vassar's athletics program. The physical education professors would now be primarily responsible for teaching sports and coaching teams, rather than honing bodies. There were a number of problems with the new varsity program, however. Very few teams were qualified to compete with other schools. Moreover, while Vassar women's teams usually managed to find room in other coed schools' athletic schedules, the same schools generally had no room for Vassar men.

However, this same period saw a marked increase in athletic interest within the student body. Track and Field, absent since 1937, was reinstated in 1972. A number of other strong intramural teams appeared as well. Apparently, the college guaranteed any sport that achieved a certain number of members and a certain level of success varsity status and a coach. However, there was neither sufficient funding nor space diverted to fulfill this promise, frustrating students. Kenyon had not changed significantly in forty-five years despite the dramatic increase in Vassar's student population. Nor was there money to hire enough coaches. In 1975, a trustee committee determined that the athletics program was one of the weakest elements of the transition to co-education. In 1978, another committee determined that, "Vassar is gravely inadequate in the physical educational opportunities it provides its present and prospective students. Three earlier committees within the last five years have said the same thing. Committee felt that there is a formidable impact on college life: 1) educational effort as a whole lacks balance; 2) we lose or fail excellent students because of deficiencies in athletics; 3) we forfeit opportunity to become a strong community." 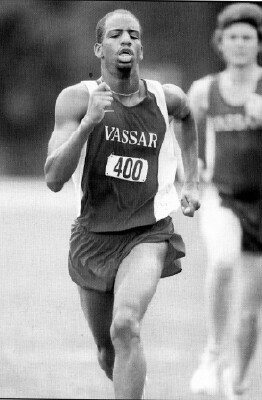 Vassar took a number of steps to address these problems. The school made an effort both to generate more student interest and to meet increased participation with better facilities and more money. In 1976, the venerably sports newsletter "In the Pink" began. The October 1977 edition explained, "The club concept at Vassar is designed to fill the many voids in our program offerings... [It] is meant to teach the interested neophyte as well as provide a competitive match situation for the skilled performer. If enough interest is shown, the club is the best way to form a new varsity team... The following clubs are in various stages of organization: fencing, volleyball, cross country track & field, synchronized swimming, Frisbee, rugby... women’s soccer, boxing, varsity squash, varsity basketball."

The NCAA and Varsity Sports

In 1980, Vassar joined Division III of the NCAA. It also hired an Athletic Director who would monitor Vassar's varsity and club sports programs, assuming the traditional roles of the physical education department and the student directors. These two developments finalized and solidified Vassar's commitment to varsity sports. The college also built Walker Field House in 1982, substantially supplementing Kenyon Hall. Despite these improvements, when Frances Fergusson became President in 1986, athletics remained one of the weakest programs at Vassar.

Four years after Walker's construction, the athletic needs of the students continued to outstrip the facilities and funding attempting to meet them. Although President Fergusson increased athletic funding her first year as president, it was clear that more drastic measures were necessary. In 1987, she made Vassar athletics the subject of the "Town Hall" or Open Presidential Forum. In 1988, she established an athletic advisory committee to suggest a coherent agenda for the program. The committee determined that the college needed to allocate a larger percentage of the budget to athletics for equipment, transportation, and more full-time coaches. Vassar also needed to improve, expand, and centralize athletic facilities. 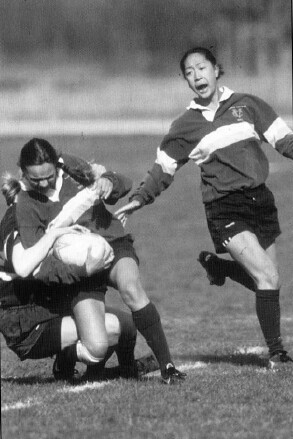 In response to these recommendations, the college allocated a much larger percentage of the budget to athletics and hired a number of new coaches. It added new playing fields, and in 2000 completed a new 53,000 square foot Athletics and Fitness Center, along with extensive renovations to Walker Field House, establishing one of the best athletic and fitness facilities at any Division III college in the country. In 2003, the Weinberg Field Sports Pavilion opened, creating an indoor facility by Prentiss Field. Although it proved impossible to move all sports to the same location on campus, the Athletics Department centralized seasonally. Now, almost all fall and spring sports are played at Prentiss Field, while winter sports are played at the Athletics and Fitness Center and at Walker.

Under the guidance of Andy Jennings, its first Athletic Director, Vassar has developed a strong athletics program with twenty-three varsity sports, while articulating the concept of the "scholar athlete" and avoiding any sense of becoming a "jock" school. The number of teams designated All-Academic by the NCAA proves that even the most talented athletes prioritize academics. The quality of Vassar's teams has nevertheless improved significantly in the past ten years. In 1999, Vassar joined the Liberty League, one of the most competitive conferences of the NCAA Division III. Several teams, such as men's volleyball or women's tennis, have enjoyed quite a bit of success within the conference. A number of players from all sports have achieved Division III All-American status. 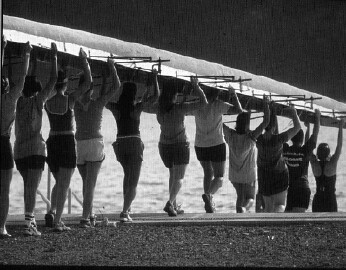 When Jennings retired from the position in 2005, Sharon Beverly became the first female African American collegiate Director of Athletics in the country. Vassar’s long tradition of athletic trendsetting therefore continues as it moves forward into the twenty-first century, epitomized both by the increasing strength of its athletics program and its continued flexibility. It has certainly come a long way from physical education classes in the Calisthenium, or basketball in Noyes Circle. While challenge still remain for Vassar’s athletics program, its improvements over the last few years are remarkable. In light of its illustrious beginnings, it has quite a reputation to live up to.