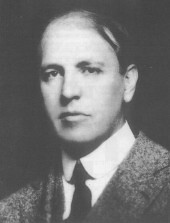 Internationalist, pacifist, educator, scholar, thespian: Henry Noble MacCracken, as Vassar’s first secular president, was a modernizing force who led Vassar into the 20th century. MacCracken made it his personal mission as president to make Vassar students “citizens of the world, beginning with Poughkeepsie.”

MacCracken was born in Toledo, Ohio in 1880, and graduated from New York University in 1900 with a degree in English Literature. He then served as an assistant professor of English at the Syrian Protestant College in Beirut for three years. Returning to New York University, MacCracken received a master’s degree in English, and went on to Harvard to receive another master’s in 1905 and a Ph.D. in 1907. In the same year he married Marjorie Dodds, and moved to England to complete postgraduate studies as a John Harvard Fellow. MacCracken accepted a position as assistant professor of English at the Sheffield School of Yale University in 1909. In 1913 he became Professor of Dramatic Literature at Smith College in Massachusetts.

In 1915, MacCracken became the fifth president of Vassar. From the beginning of his tenure, MacCracken was interested in fostering an academic community, an environment of “total learning” where connections could be freely drawn between on-campus and off-campus education, arts and social life, theory and practice. MacCracken encouraged innovative approaches to learning which were not just limited to the classroom, or in his own phrase, “not from a book only, but from the life of the market and the olive orchard.” Field work and community research were thus promoted. Early in his tenure, MacCracken introduced the Vassar Experimental Theatre, with Hallie Flanagan as the director of the program. He himself acted in many of the dramatic productions at Vassar. MacCracken's presence on campus was not of a "benevolently despotic college president", but an active and loved member of the community. Students and faculty fondly nicknamed him "Prexy."

MacCracken was intent on giving students more power to determine their own style of learning. In 1923 he drew up the Academic Statute, where the powers and rights of Trustees, faculty, and students were secured and made clear. The distribution requirement for majors was revised in order to allow for the student to determine her own academic goals. New departments were introduced, such as the interdepartmental program, and the euthenics program, which studied families, societies, and communities. Seniors were encouraged to partake independent studies, and summer credit was accepted for the first time. MacCracken had said: “If you want students to respond to their opportunities at Vassar, make them responsible. There is no other way.” To this end he relaxed the somewhat strict codes for social conduct and behavior.

Collaboration of Vassar with other academic institutions was another of MacCracken’s missions. In 1915, shortly after his inauguration as Vassar president, MacCracken organized a working session of the presidents of Smith College, Mt. Holyoke, and Wellesley to determine more standardized admission policies. In 1926 this consortium became realized as the “Seven Sisters” conference, a network of prominent women’s colleges known as the “Seven Sisters”. In the same year, MacCracken founded Sarah Lawrence College in New York with millionaire William Lawrence, serving as chairman of the board of trustees until 1936.

MacCracken wore many hats during his lifetime: Vassar president; chief of the Division of Instruction of New York state; founder of the American Junior Red Cross; president of the first county health organization in the United States; founder of the Kosciuszko Foundation for the promotion of intellectual and cultural relations between Poland and the US; head of the NY Temporary Emergency Relief Foundation; secretary of the Duchess County Works Administration; and the director of the National Conference of Christians and Jews. Internationalism and pacifism were large themes in his life. To promote this at Vassar, he pledged to “emphasize the international aspect of learning by increasing the number of teachers of foreign birth, the number of foreign students, and the number of courses on international subjects”. The Second World Youth Congress met at Vassar in 1938, and during both world wars MacCracken organized the war relief efforts on campus. MacCracken's deep involvement with the war effort and his liberal reforms at Vassar were not universally appreciated. In 1918, several trustee members took steps to have him fired; however, with the support of the students, faculty, and alumnae, MacCracken's presidency was saved.

MacCracken retired from Vassar in 1946, and lived in Poughkeepsie until his death in 1970. MacCracken’s administrative policies, as well as outlook on life, reflected his theory of interconnected learning. He successfully guided Vassar into a modern era of enfranchised women and new global perspectives, emphasizing all the way the importance of responsible citizenship in the world for the Vassar community at large.

"Vassar College and its Eight Presidents, 1861-1986: An exhibition prepared to honor Frances D. Fergusson on the occasion of her inauguration as the ninth president of Vassar College." October 11, 1986.