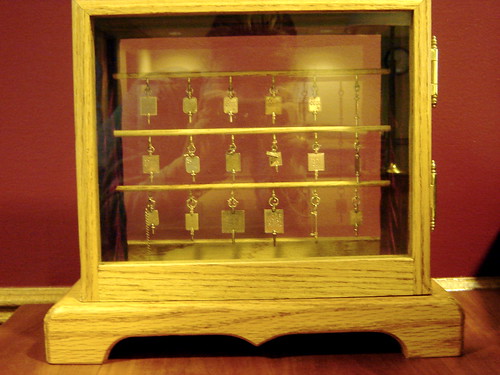 Not until I began work on the study of Vassar history, especially the decades when the college was being transformed into today's modern organic institution did I learn of the difficulties some of Vassar's faculty members encountered in founding Vassar College's Mu chapter of Phi Beta Kappa. Mu Chapter broke through a time-honored male tradition of secrecy and aloofness to help redefine the institution, and carry on a tradition in a new way. Vassar frequently has been on the cutting edge of educational changes and experiments, and the installation of the Mu Chapter of Phi Beta Kappa at Vassar began to redefine women's stature.

In the archives at Wellesley College there is a 1901 communication from Edwin Grosvenor, professor of Government at Amherst College, to Caroline Hazard, president of Wellesley. Grosvenor, in that communication, regretted to inform President Hazard that Wellesley had been turned down in its quest for membership in Phi Beta Kappa that spring. But never mind, Grosvenor said, the chartering committee of the national organization, had previously, in 1895, rejected the application of Vassar College for membership although Vassar's application had been fortified with every technical endorsement. Yet, at the Triennial Council of Phi Beta Kappa in the Fall of 1898 the charter for the Mu chapter was granted, though still vigorously opposed by some of the voting members on the grounds that Phi Beta Kappa only belonged in male colleges. How, it was argued, could women be inducted into a secret society which was a fraternity and maintained a tradition of brotherhood? Mr. Grosvenor told President Hazard he would be glad to reintroduce the question of Wellesley's admission at the next meeting of the national committee. The Vassar thrust subsequently broke the two-hundred year old Phi Beta Kappa tradition.

The opportunity for a breakthrough arose in the 1890s at Vassar, one of a long line of analagous breakthroughs. Vassar was then beginning to tie into the networks of other colleges. For example, it sponsored a conference on Teaching English in Secondary Schools in 1892, one of ten colleges in the United States to do so. Out of the workings of this group and others grew the standardized entrance examinations which were shortly to revolutionize the procedures of entrance to college for both sexes. In 1893/94 the enrollment at Vassar was only one hundred students more than it had been in 1865--still only 475 students. After twenty years of vicissitudes, Vassar College finally settled down in this era of the '90's to a period of academic consolidation. By 1898 twelve years after President James Monroe Taylor arrived on campus, Vassar College had actualized as the leading institution for women, the founder's dream-college. Women were at last getting a very sound undergraduate education comparable to that in the men's colleges.

There were many levers for change in this period. Taylor, although a conservative in many ways --he delivered a speech at the Philadelphia Vassar Club entitled "Conservatism at Vassar" in 1911-- really dedicated his presidency to bringing the standard of women's education up to that of the men's colleges. It is therefore interesting to construe, although it has not been written down anywhere that I have been able to discover, how Taylor went about achieving the Mu Chapter of Phi Beta Kappa for Vassar. In 1895 there were six credentialed male Vassar professors.They were Professor Cooley of the Physics Department, with a Ph.D from Union College: he had become a professor at Vassar in 1874; Herbert Mills, with a Ph.D from Cornell (1890); J. Leverett Moore, with a Ph.D from Princeton in Latin; Charles Moulton of Chemistry, with a Ph.D from Johns Hopkins; Frederick French of Philosophy, with a Ph.D from Cornell in 1892. It was these men who were to stand behind the petition for the charter. There were also five women with strong credentials-some of them firsts in their respective institutions. For example, Laura Wylie, a Vassar alumna who had won the first Ph.D in English from Yale in 1894, was an officer of the original Mu organization; Mary Whitney, Maria Mitchell's successor as Vassar astronomer, graduated from Vassar in 1868 and attended lectures at Harvard in its annex courses; followed by gaining an M.A. from Vassar in 1872, and two years at the University of Zurich, she became a professor in 1889 after further work in astronomy at Harvard. She was the Mu Chapter's first President. Winifred Ball in Latin received her B.A. from Cornell in 1891 and went on to graduate work in Oxford and Athens: she was Mu's first secretary. (Presumably she had become a member of Phi Beta Kappa at Cornell: that was a possibility for a woman in a coed college.) The 1895 faculty at Vassar consisted of 13 men, all of whom were professors, and 48 women, five of whom had Ph..D.'s and four of whom were heads, respectively, of Departments (English, Math, Astronomy, and Greek.) The men on the Vassar faculty who were eligible were asked by Taylor to petition for the chapter, which would thereafter have exclusively female initiates for many years.

The petition of 1898 was granted, and the first formal meeting of the chapter was held on April 7, 1899. At the meeting President Taylor and the President of the National Society of Phi Beta Kappa spoke. Taylor called attention to the importance of the event in marking one more victory in the higher education for women. What I find even more interesting is that a second meeting was held on June 9, 1899 and resident graduates from '98 and the graduates of '99 were initiated, after which Professor Marion Whitney, Vice President of the Vassar Chapter, read the names of all the graduates of the College since 1867 who were eligible for election to membership, and they were initiated retroactively, some of them surely dead by 1899. One member of the class of 1867 was elected from its four graduates! The women elected to the chapter in 1898 and 1899 felt the responsibility to bring along their intellectual sisters of the past. Even the women faculty in the organization who were Vassar alumnae were thus elected to membership retroactively.

When the College broke tradition again in 1968 and amended its charter to award degrees to men, they became eligible for membership in the Mu chapter previously reserved for women initiates. Time does seem to play its little jokes! In such a change no petitions were involved; yet those who watch for ironies playing over the surface of events might have noted one here.

Annual Report of President to Board of Trustees, 1901