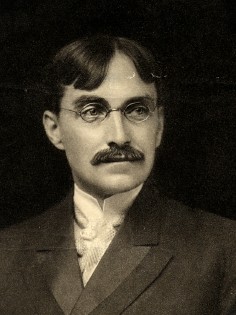 Aaron Treadwell arrived at Vassar in 1900 as the Giraud Professor of Biology and the curator of Vassar's Museum of Natural History. Although he stayed for thirty-eight years, he switched departments in 1914, becoming Chairman and Professor of the new Zoology department. A modernizing force on campus, he was responsible for introducing some of the newest research and equipment into the biology and zoology classes. His devotion to new technology is epitomized by his role in introducing modern gas light into New England when it was built in 1901, while making provisions for the electricity that would arrive on campus in 1912.

Born on a farm in 1866 in Redding, Connecticut, Treadwell graduated from Wesleyan University in 1888 with Phi Beta Kappa, before continuing on to graduate school at the University of Chicago. He spent several years teaching at the Marine Biological Laboratory in Woods Hole, Massachusetts and from 1891 until 1900, he worked as a professor of Zoology and Geology at the University of Miami, in Ohio.

When he came to Vassar in 1900, he was in the process of establishing himself as an authority on polychaetous annelids. Once he arrived his career began to move forward more seriously. In 1902, he received the Walker Prize from the Boston Society of Natural History for scientific achievement. In 1905, he served as the secretary of the American Association for the Advancement of Science. A lifelong affiliation with the American Museum of Natural History began in 1908. By 1921, he was serving as Vice President of the New York Zoological Society.

Treadwell's research into polychaete annelids made him one of the world's leading experts on the subject. Annelids are sea worms, one of the most common forms of marine life. There are more than 10,000 known varieties, ranging in size from microscopic to fifty feet in length. 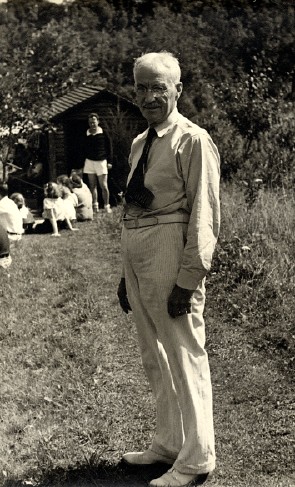 Treadwell both collected these creatures himself, and studied others' collections. With the Carnegie Institute, he was able to travel to the West Indies, Samoa, and Fiji to collect samples, and received more from experts around the world who wanted their collections identified. For two decades, even the American Museum of Natural History entrusted their specimens to him. Throughout his career, he published the results of his work in journals ranging from the U.S. Fish Commission Bulletin to the Journal of Applied Microscopy.

But Treadwell's success did not just lie in the international scientific community. On campus, he was a very progressive teacher, and well-loved by his students. The fact that the class of 1907 dedicated the Vassarion yearbook to him demonstrates his popularity. He was always pushing at the limits of the curriculum. A firm believer in the Vassar tradition of field study, he sent students out with nets to capture local wildlife they were learning about in class. Despite Vassar's initial disapproval, Treadwell taught evolution in his biology and zoology classes. Although the college never exactly prohibited the subject, Vassar spent a few years publicly denying its place in the curriculum while he continued to teach it. With Margaret Washburn, the psychology professor, Treadwell also taught the first multidisciplinary class at Vassar, focused on Animal Behavior. He even encouraged interest in the new science of anthropology, offering the first courses on the subject within the Zoology department.

He retired in 1938, the same year he received an honorary doctorate of science from Wesleyan University for scientific achievement. Even after his retirement, he continued his scientific research. He remained involved in education as a trustee of the newly built high school in Redding. Although he left the area, he always spent a few weeks each year visiting Vassar and speaking with old colleagues, remaining tied to the college he had taught at for thirty-eight years. President MacCracken wrote of him, "To Professor Treadwell more than to any other person in the field of science is due the sound position taken by the departments of science at Vassar College." He died at home, in Redding, Connecticut in June of 1947.