You are here: Home / Buildings and Grounds / Grounds / Arboretum 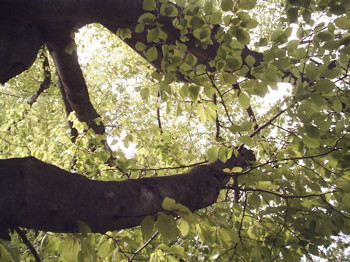 "When Matthew Vassar purchased the land on which to establish the college it was practically treeless. Today the campus trees are priceless." (1)

Since the class of 1868 selected a swamp white oak to plant along Main Drive, the planting of class trees has been a tradition at Vassar. During those early years, tree planting ceremonies were held in secret, and class mementos were buried at the base of a chosen tree. Today, with much less secrecy, members of the senior class plant a tree or choose an existing tree to serve as their class tree.

The college grounds are graced by elms, maples, beeches, a hornbeam, Russian olive trees, and even a cucumbertree magnolia, among others. There are weeping willows, weeping beech, weeping hemlocks, and red, silver, sugar, and striped maples. In 1916, the Shakespeare Garden was planted to commemorate the 300th anniversary of the death of William Shakespeare. The garden includes many of the plants mentioned in his works.

More than 230 species of trees now comprise the vast arboretum of the Vassar campus which began with the first plantings laid out by Matthew Vassar in 1865. The arboretum today reflects the subsequent work of devoted Vassar horticulturists such as Professor Emeritus of Botany Edith Roberts, Superintendent of Grounds Henry Downer, and Sven Sward. The formal creation of the Vassar arboretum came from a gift from the Class of 1875, a capital fund of $3,000 from one member of the class and an endowment fund of $4,100 from the class as a whole.

Vassar is continuing a commitment to the campus landscape that began over a hundred years ago with Matthew Vassar's vision of his campus. In 1987 the college adopted a 10-year plan developed by Sasaki Associates, Inc., an architectural and environmental planning firm, to ensure for future generations of students and visitors a campus of remarkable beauty.

Jeffrey Horst, associate executive director of buildings and grounds, pledges to strengthen the horticultural legacy: "We will continue to plant specimen trees in the arboretum, which is a collection of trees in a landscaped setting, and we will continue to remove non-native invasive plants to allow our native plants to reestablish themselves in our native plant areas."