Blanche Ferry Hooker, VC 1894, and Queene Ferry Coonley, VC 1896, were devoted Vassar sisters whose beneficence and sense of loyalty to Vassar shaped the future of alumnae relations with the college. Their early responses to Vassar's financial and planning needs, and their support of President Taylor (1876-1914) and President Henry Noble MacCracken (1915-1946) were instrumental in resolving some important issues relating to the college's growth in the era before and after World War I. In the process, they were instrumental in forging a new definition of the relationship between the college--particularly its women faculty members--and Vassar graduates. 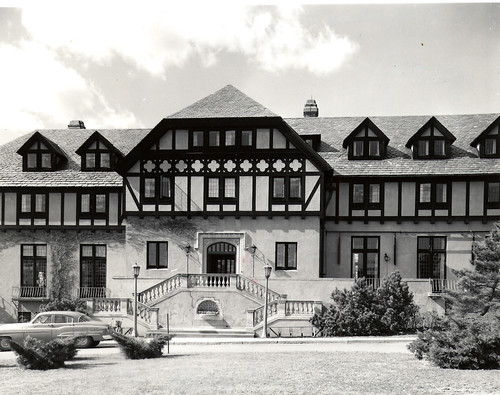 The chief monetary gift of these two alumnae to Vassar College was the gift of $300,000 which enabled the building of the Vassar College Alumnae House, completed in 1924. But their monetary gifts, unparalleled at the time, were even so only a part of their larger concern for the welfare of the college. In talks with President Taylor towards the end of his presidency, the sisters had become aware of the pressing needs of the college for more space for housing and expansion.

During Taylor's 28 year administration, the college grew in many ways. The student population was approaching 1000 at the beginning of the twentieth century. In the 1890s male faculty members and their families moved out of Main Building, some of them to cottages on Raymond Avenue; the students gravitated to the new quadrangle dormitories that had met the rapid growth of the student body between 1892 and 1912.

But Taylor was concerned that there was no provision for living accommodations for the growing number of women professors joining the ranks during this period. He apparently shared his concerns with the Ferry sisters who expressed an interest in helping. Unfortunately his decision to seek retirement in 1914 postponed any decision-making in this area. Mrs. Coonley and a Mrs. Hooker spoke with Taylor on the subject before he retired, and by 1915 the idea began to take shape. During the hiatus between presidents, the women on the faculty organized themselves into a discussion and planning group to work on matters of housing. Marian Whitney, Professor of German, chaired the group. They met frequently, and in 1916 submitted to Whitney sketches of apartments that would suit them if the college saw fit to build a residence for women faculty.

Meanwhile the alumnae were also beginning to air their thoughts about building an alumnae house to serve returning graduates. Queene Coonley and an associate in alumnae affairs approached President Taylor on this subject also, and under the new system of wardens which had been established to facilitate administration of the new dormitories, a warden was appointed to serve the needs of the alumnae. 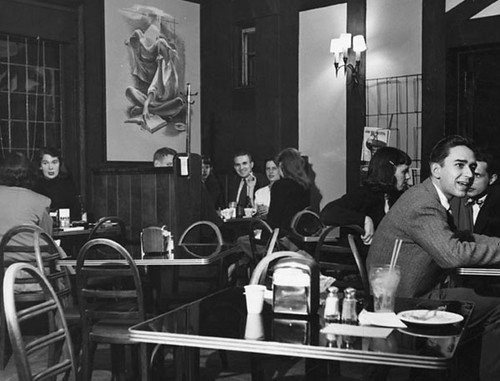 Pub in the early years of the Alumnae House.

When Henry Noble MacCracken arrived on campus to begin his presidency in 1915, talk about both of these projects was resumed with some urgency, and by Armistice Day in 1918, an enthusiastic MacCracken had already engaged in the planning of both a residence for the women faculty (Williams Hall) and a home for the Associate Alumnae, which organization had been incorporated by the State of New York as a self-standing educational institution. Harriet Sawyer, the first educational director (executive director) of the Alumnae Association, explained this concept before the Boston Vassar Club in November, 1923:

The 'Associate Alumnae' of Vassar is, so far as I know, the only Alumnae association definitely chartered under the laws of the University of the State as an educational corporation complete in itself for educational purposes. It believes that the principal bond in alumnal relations is the 'work of the mind.'

Originally it seemed to both faculty members and alumnae that there would be some benefit in building a house that satisfied the needs and desires of both women faculty and alumnae. But between 1918 and 1920, and with the arrival of women's suffrage, the horizons broadened, and it was very clear that there were multiple expanding needs which should be addressed by separate buildings. With a president who foresaw the unfolding role of women entirely differently from his predecessor, the college (especially its women faculty) and alumnae together launched a new dimension of continuing education.

In 1924, even as lingering details of building were still in process, the alumnae and faculty planned a series of conferences which involved prominent members of the faculty--Margaret Washburn, Laura Wylie, Lucy Maynard Salmon, and others--and alumnae with special interests. The intensity of initial programming gave way after a while to an increasing diversity of relationships between the college community and the alumnae which has lasted to the present, corresponding with the temper of the times.