Imagine you are a student of classical music, and discovering in your sophomore year that you attend the same school that trained Mozart. Or imagine you are a student of art, and learning that the very school that is shaping your talent, once helped to shape the talent of Picasso. Now you can understand what it is like to be a student of neuroscience, who has just learned that she is studying at the same college that helped shape the mind of Patricia Goldman-Rakic.

It would be nearly impossible to exaggerate the impact Patricia Goldman-Rakic has had on the understanding of the human mind, and on the development of the field of neuroscience. Born in 1937 in Massachusetts, Goldman-Rakic was one of three daughters, all of whom eventually pursued a career in science. At Vassar Patricia was one of seven psychology majors, and as her classmates Bettyann Kevles and Geraldine Schechter recalled, she “…enjoyed music, the arts, and the challenge of cooking and household chores at Ferry House. But above all she loved science.”

Patricia and her twin sister Ruth both graduated from Vassar in 1959. After Vassar, she earned her doctorate in neuropsychology from the University of California at Los Angeles, and later went on to a post-doctoral appointment at the Museum of Natural History in New York City. In 1965 she was offered a fellowship at the National Institute of Mental Health, where, quite contradictory to what the rest of the neuroscientific community was doing, she began working on unraveling the mysteries of the frontal and prefrontal cortices. 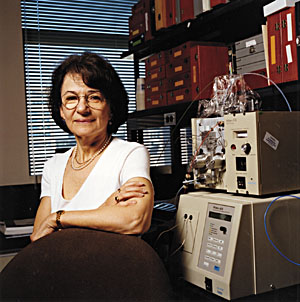 In the second edition of the authoritative textbook Cognitive Neuroscience: The Biology of the Mind, authors Michael S. Gazzaniga, Richard B. Ivry, and G.R. Mangun say this of Goldman-Rakic: “At a time when most neurobiologists were examining the visual system in detail, [she] dove into the most complex cortical zone in the brain.”

In the same book, Goldman-Rakic speaks of the appeal of the her work:

As interesting and influential as the visual system research was, I was never attracted to it. I was captivated by the opportunity to study the unexplored frontal lobe and was especially intrigued by the challenge of understanding its relation to higher cortical functions. It never occurred to me to be concerned with the complexity of the frontal lobes – I never thought of it as an obstacle; rather, it’s an attractive feature of the subject.

In 1979 Patricia married Dr. Pasko Rakic, a neurobiologist at Yale University. Shortly thereafter she joined Rakic at Yale, where the two established a research team to study the function and development of the prefrontal cortex, and founded the journal Cerebral Cortex. 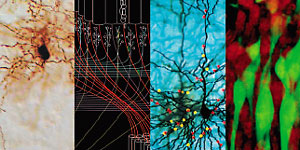 In the 1980s Goldman-Rakic turned her attention to the neocortex, which is the newest cortex, evolutionarily speaking, and is implicated in many of the complex functions behind intelligence, including long-term memory, and complex-problem solving. As with her work on the prefrontal cortex, Patricia quickly became the leading mind in neocortical studies. Her collogue Pat Levitt of Vanderbilt University explains,

…Pat’s laboratory went on to produce the largest body of evidence that illustrated a conserved organization of the neocortex, extending well beyond visual and other primary sensory systems to the frontal lobe, with parallel streams of information flowing across cortical areas, as well as subcortically via the basal ganglia to effector systems.

Goldman-Rakic’s work on the neocortex, as well as her work on the prefrontal cortex, changed and shaped the way scientists study and understand the human brain. Everything that is done today regarding comprehension of brain functioning is a result of Goldman-Rakic's revolutionary and tireless efforts.

In the 1990s Goldman-Rakic shifted her attention to understanding the regional and subcellular organization of neurotransmitter systems, particularly dopamine system. The result of her work with neurotransmitters has led to a deeper understanding of neurobiological disorders, including schizophrenia, Alzheimer’s, Attention Deficit Disorder, cerebral palsy, Parkinson’s, and dementia, and will undoubtedly continue to contribute to the development of medical treatments—and perhaps an eventual cure—for these disorders, as well as many others.