Primary areas of interest: American literature, Jewish studies, film, comics, music, and other forms of popular culture. Mr. Antelyes received his undergraduate degree from Sarah Lawrence College (1974) and his PhD in English from Columbia University (1986). He has written on the literature of the West (Adventurous Enterprise: Washington Irving and the Poetics of Western Expansion), Jewish and African-American singers, Jewish women in vaudeville, Irish-American popular song, and Jewish Indians, among other topics. 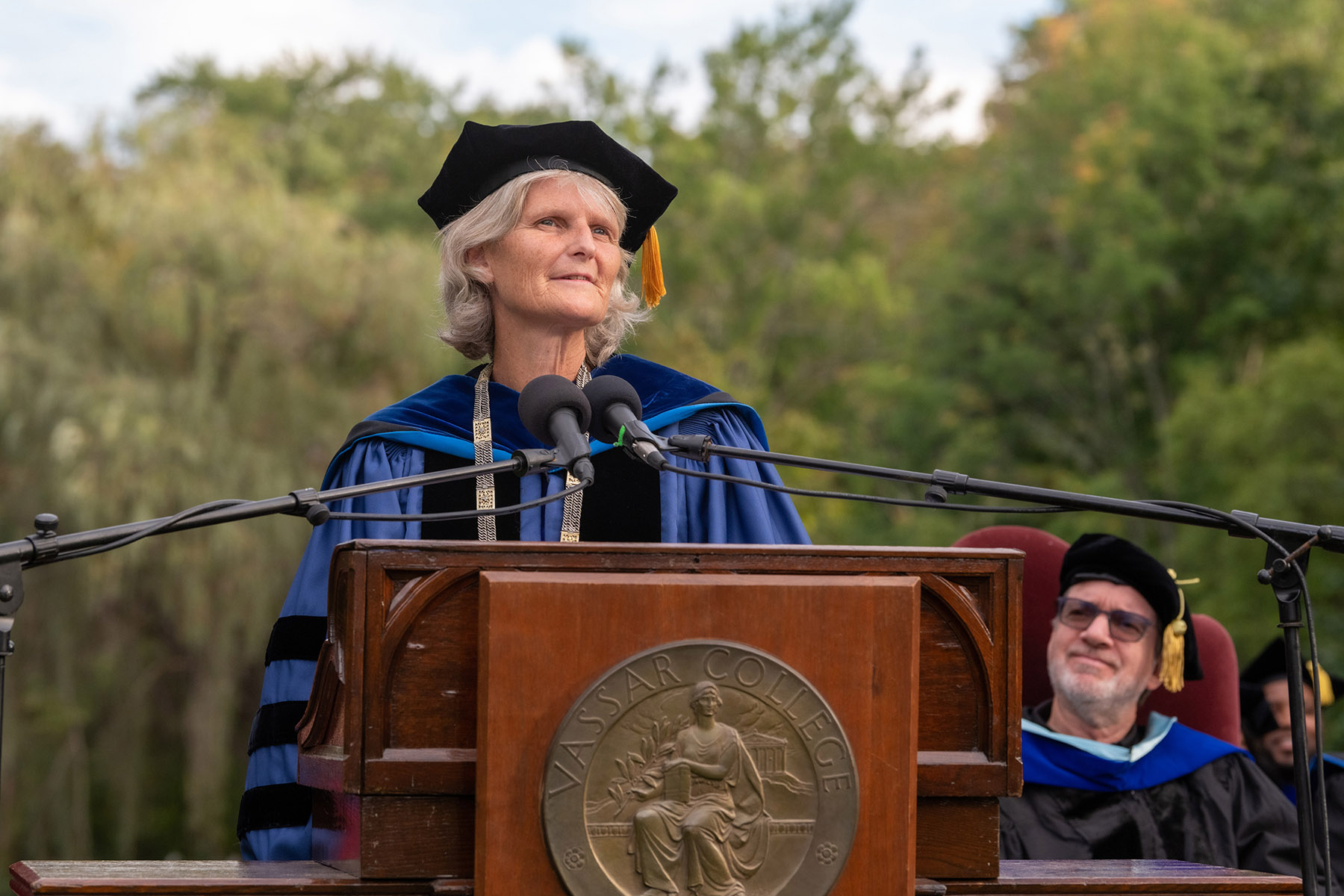 One of Vassar’s oldest traditions—gathering together for Convocation—resumed for the first time in 747 days on September 22. On a beautiful fall day on Commencement Hill, the campus community celebrated the start of the fall semester. President Elizabeth Bradley’s summed up the occasion succinctly: “I’m so thrilled to be with all of you—on campus, together, at last!”